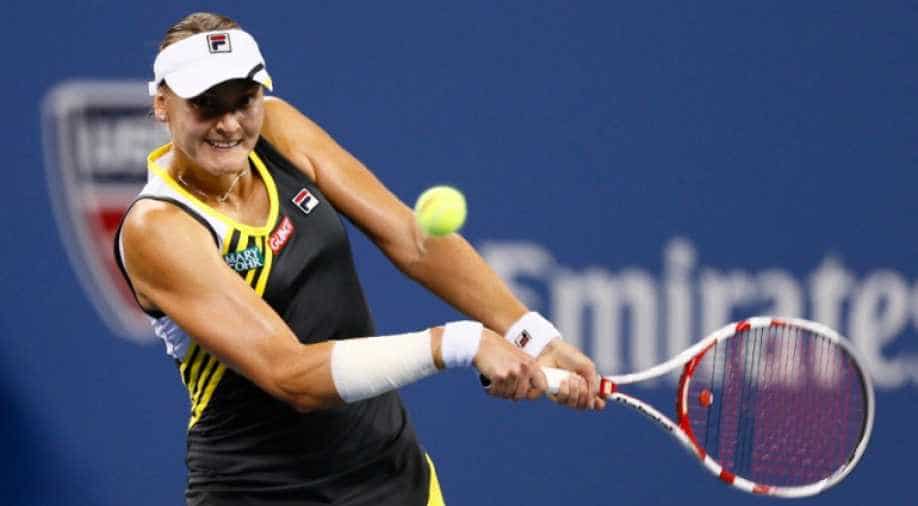 Petrova was part of the golden generation of Russian tennis in the first decade of the century along with grand slam champions Maria Sharapova, Svetlana Kuznetsova and Anastasia Myskina. Photograph:( Reuters )

The 34-year-old Russian had not played on the WTA Tour since 2014 after failing to shake off a torn muscle in her shoulder and a number of other injuries.

"Every time I tried to step it up and work towards a tour level, my body would break down," she told the WTA website (www.wtatennis.com).

"In order to play on the highest levels, you want just to focus on the game and not on things that are bothering you physically.

"I made one last push ... but I've had this idea for some time. I thought it's important to let everyone know that I'm finishing up my professional career."

Petrova was part of the golden generation of Russian tennis in the first decade of the century along with grand slam champions Maria Sharapova, Svetlana Kuznetsova and Anastasia Myskina as well as Olympic gold medallist Elena Dementieva and former world number one Dinara Safina.

Despite an all court game and booming serve, the powerful right hander's career was blighted by injury which prevented her from challenge her compatriots and contemporaries like Justine Henin, Amelie Mauresmo and Kim Clijsters for top billing.

"I've been in tennis for so many years. I had a very long and very good career," she added.

"I dealt with a lot of injuries, like most of us, but it's important for me to finally turn the page in my book."