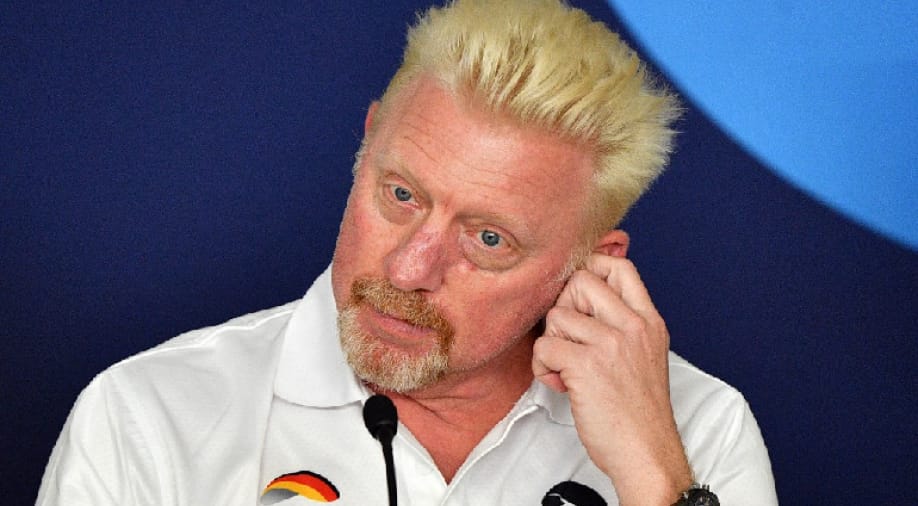 German tennis legend Boris Becker "acted dishonestly" by failing to hand over assets including his Wimbledon singles trophies before and after he was declared bankrupt in 2017.

German tennis great Boris Becker "acted dishonestly" by failing to hand over assets including his Wimbledon singles trophies before and after he was declared bankrupt in 2017, a London court heard on Monday.

The 54-year-old six-times Grand Slam winner, who attended the opening day of his trial at Southwark Crown Court, faces 24 counts under the Insolvency Act relating to the period from May to October 2017.

Becker, a former world number one who won Wimbledon three times, denies the charges. The trial is expected to last three weeks.

British media quoted prosecutor Rebecca Chalkley as saying Becker "acted dishonestly with regards to a number of his assets.

"The prosecution say Mr Becker did this both before and after the date of his bankruptcy agreement by not disclosing, not providing, or delivering up, or removing assets or things of value."

The charges include nine counts of not handing over trophies and awards and seven of concealing property valued at more than 1.5 million euros ($1.65 million).

"The issues boil down to everyday issues of dishonesty and knowledge. That is what we say is at the heart of this case," said the prosecutor.

Judge Deborah Taylor told the jury to leave aside any preconceptions and to ignore Becker`s celebrity.

Becker was made bankrupt on June 21, 2017, at the London High Court in connection with a debt to private bankers Arbuthnot Latham & Co.

Under the terms of the bankruptcy order, he was bound to provide full disclosure of assets.