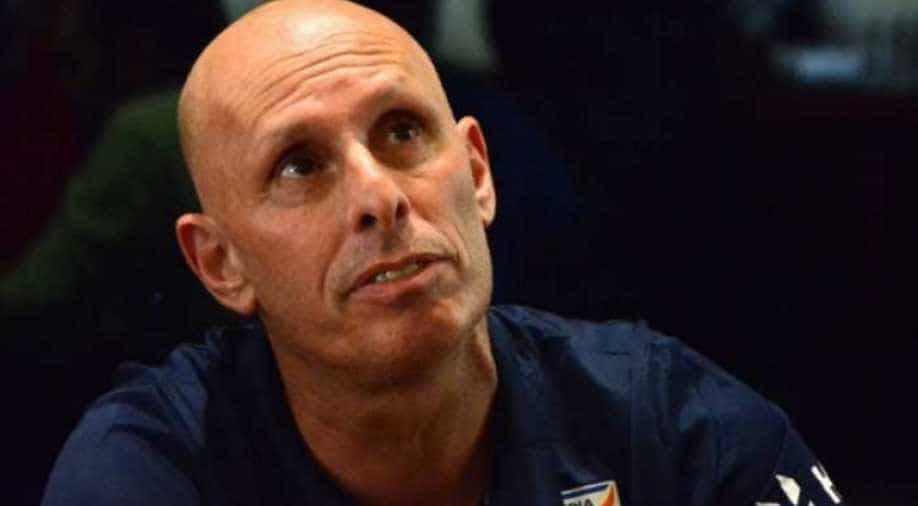 India stunned Thailand 4-1 in their opening match last weekend to record their first victory at the tournament in over 50 years and despite losing 2-0 to hosts UAE, the coach insists football has knocked cricket of its perch — at least for a little bit.

A nomadic English coach whose colourful career has taken him from Millwall to Malawi has got cricket-mad India dreaming of Asian Cup football glory.

India stunned Thailand 4-1 in their opening match last weekend to record their first victory at the tournament in over 50 years and despite losing 2-0 to hosts United Arab Emirates, Stephen Constantine insists football has knocked cricket of its perch -- at least for a little bit.

"After qualifying and two outstanding performances we have done that and more," the 56-year-old Londoner told AFP in an interview.

"Indians do love their cricket but you really are seeing a metamorphosis in football and that is really something to be proud of.

"To get to the knockout stages would be massive," added Constantine, who has repeatedly been overlooked for jobs in his home country.

"But whatever happens, we've already overachieved."

Veteran striker Sunil Chhetri overtook Lionel Messi in international goals during the win over Thailand, earning comparisons with India's cricket skipper Virat Kohli for his heroics, and the Blue Tigers still have their eye on a place in the last 16.

"Football is as popular in India in my opinion -- it's just not written about as much," said Constantine, who witnessed conflict, bloodshed and human suffering in his time coaching Malawi, Sudan and Rwanda before returning for a second spell as India boss four years ago.

"Of course when the cricket team is doing well and the football isn't, there is only going to be one winner.

"But that has all changed," he added, pointing to the progress his rough diamonds have made and the positive impact of the domestic Indian Super League since its launch in 2013.

"The fact that we are capable of playing the bigger teams and to compete was not the case when I arrived. We are a solid unit, we work very hard on all aspects of the game and on our day can hurt most teams."

Despite a population of 1.3 billion, India has barely registered on the football map -- until now.

Beaten finalists on their Asian Cup debut in 1964 when it was a four-team competition won by Israel, they last qualified in 2011 when they were thrashed by Australia, Bahrain and South Korea, conceding 13 goals in the process.

But the step up in quality shown by the world's 97th-ranked national side this time around has been little short of astonishing.

"In a nutshell it's down to the players, they have given me everything," said Constantine, whose young team face Bahrain on Monday in their final Group A game.

"I'm so proud of the work rate, determination and the attitude of the players."

Part of the secret of India's drastic improvement under Constantine lies in the Englishman's emphasis on sports science, nutrition and monitoring the "wellness" of his players.

"That holistic approach has proved to be successful over the last several years both here in India and in other countries I have coached in," said Constantine, who as Sudan coach once had rifles pulled on him while driving from Khartoum to scout a player.

Constantine is not easily intimidated, sparking dismay in India by stripping Chhetri of the captaincy before the Asian Cup.

But he has bowled a googly at his critics as harmony has returned, and he promises the best is yet to come.

"When I think back to 2015 and where we were, we have indeed come a long way," he said. "The fact that this is the youngest team in the history of Indian football, I'm certain the future is bright."