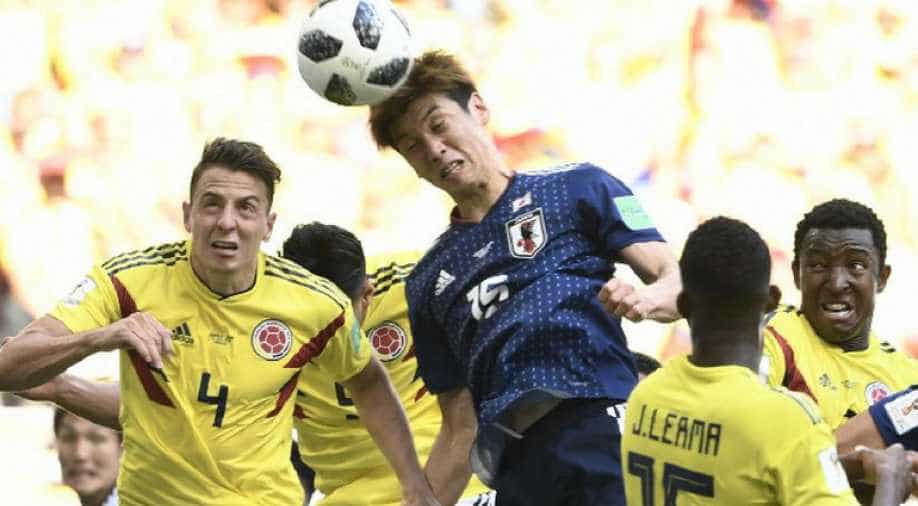 Japan defeated 10-man Colombia by 2-1 in the opening match in World Cup &nbsp2018 Group H on Tuesday at Mordovia Arena, Saransk. Japan got an early advantage from the penalty spot as Carlos Sanchez was sent off for handball just within three minutes of the game. Shinji Kagawa took the responsibility and gave a 1-0 lead to Japan over Colombia. It was the second fastest red card in World Cup history.

Juan Quintero scored a grounded free-kick to equalise the score just six minutes before the half-time.

Both the teams, Japan and Colombia started over in the second-half but it was Japan who dominated the game as Yuya Osako scored the winner and inspired the team towards victory.