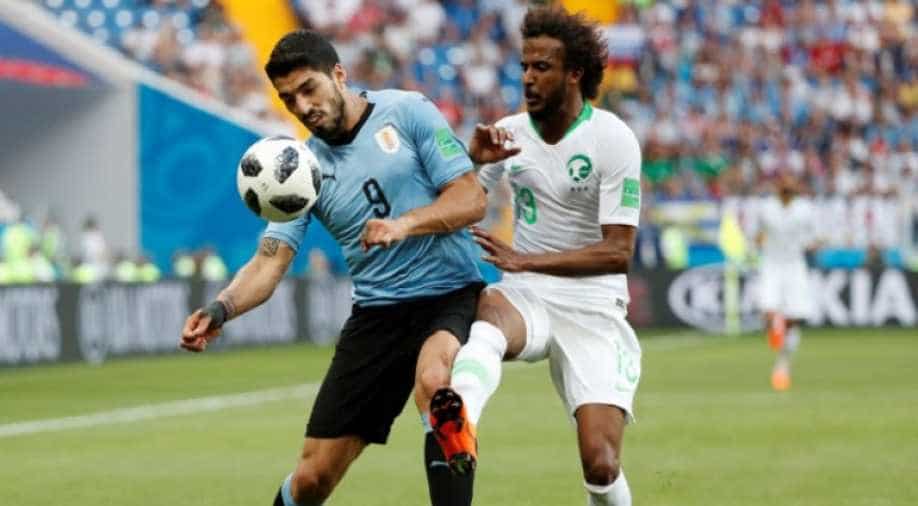 Luis Suarez marked his 100th international game by sending Uruguay into the last 16 of the 2018 FIFA World Cup on Wednesday.

The striker eliminated Saudi Arabia from the tournament with a 1-0 win at the Luzhniki Stadium in Moscow.

Suarez tapped in midway through the first half after keeper Mohammed Al-Owais failed to grab the ball on a corner.

The goal put Uruguay second in Group A with a maximum six points behind hosts Russia.

Saudi Arabia, who have not won a World Cup game since their debut in 1994, have zero points.

Depending on the result of their last group game against Russia, Uruguay will take on either Spain, Portugal or Iran, who are still on course in Group B for a place in the quarter-finals.

"All we wanted to do was to win and qualify for the next round. Today was another demonstration that it is so difficult to win a game in a World Cup," said man-of-the-match Suarez.

"This World Cup is proving that what matters most is the result, and we’re very proud to have reached the last 16 for the third time in a row."

Saudi Arabia, who suffered a minor scare when an engine on their plane caught fire before landing on Rostov-on-Don on Monday, suffered a humiliating 5-0 defeat at the hands of hosts Russia.