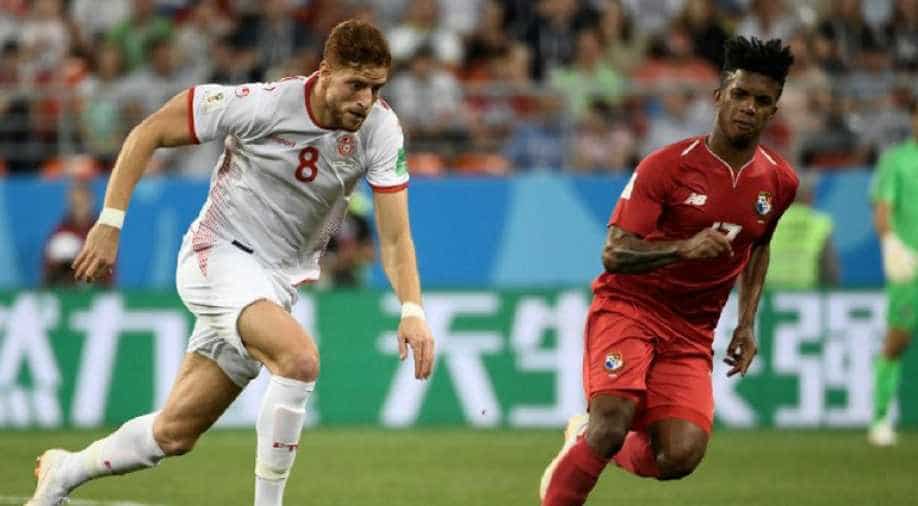 Tunisia's Wahbi Khazri set up the first goal and scored the second to give the North African side their first World Cup win in 40 years with a 2-1 victory over debutants Panama in their final Group G match on Thursday.

Fakhreddine Ben Youssef turned in Khazri's perfect cross in the 51st minute to cancel out a first-half own goal by defender Yassine Meriah, with the ball taking a big deflection off a shot by Panama winger Jose Luis Rodriguez in the 33rd minute.

Making their fifth World Cup appearance, Tunisia dominated possession and took the lead after 66 minutes when Khazri finished of a sleek passing move with a tap-in.

Tunisia were the first African country to win a World Cup finals game, beating Mexico in Argentina in 1978, but had since drawn four and lost nine, including Saturday's 5-2 defeat by Belgium.

Both teams had already failed to progress to the last 16 with Belgium and England qualifying from the group.