FIFA World Cup 2018: Lionel Messi's side on the brink of premature exit as Croatia beat Argentina 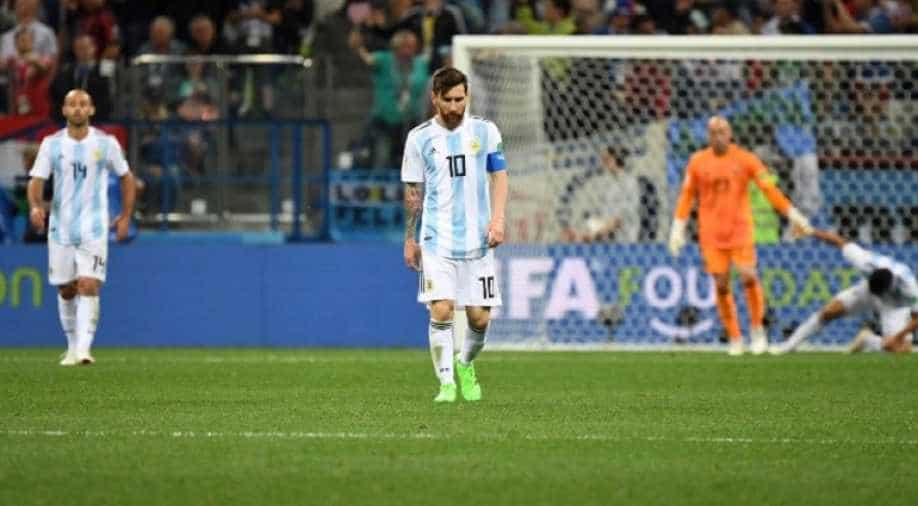 Argentina are on the cusp of an early World Cup exit after falling to a shocking 3-0 defeat at the hands of Croatia on Thursday.

Goals from Ante Rebic, Luca Modric and Ivan Rakitic earned their side passage to the knockout stages, while Lionel Messi’s side sit on just one point in Group D after two games.

With this win, Croatia have booked their place in the round 16 of the World Cup.

Messi once again failed to do turn the tables in  Argentina's favours. He even failed to open his own account in 21st FIFA World cup so far

Meanwhile, a victory for Iceland against Nigeria tomorrow afternoon would confirm Jorge Sampaoli’s side’s exit at the group stages.