FIFA 2018: Switzerland rely on young talents with a mix of experience for football World Cup 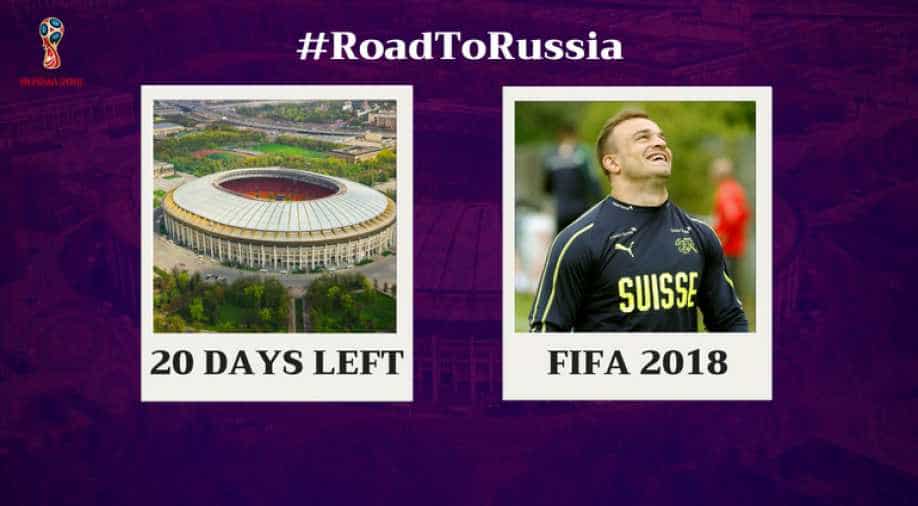 Switzerland usually arrive at major tournaments with modest ambitions but with one of the finest generations of players the country has produced reaching its peak, expectations are much higher at this World Cup.

The squad is brimming with players based in Europe's top leagues and those such as Ricardo Rodriguez, Fabian Schaer, Xherdan Shaqiri and Granit Xhaka are all in their mid-20s with a World Cup and European championship behind them.

Swiss football is reaping the rewards of the hard work done in youth development a decade ago which tapped into the potential offered by second-generation immigrants, many from the former Yugoslavia.

Coach Vladimir Petkovic, who himself boasts a Yugoslav league winners' medal from his playing days with FK Sarajevo, has tried to establish a new attitude in the team, telling them they are no longer "little Switzerland" and must look to dominate matches.

The old defensive tactics which bored fans rigid at the 2006 and 2010 World Cups have been thrown out of the window.

The Swiss have jumped to sixth in the FIFA rankings, lost only one of 12 matches in the qualifying campaign and recently enjoyed a 6-0 thumping of fellow World Cup qualifiers against Panama.

For all the optimism though, doubts linger.

Apart from Portugal, the Swiss have not faced any of the world's leading teams since Euro 2016, a tournament where they never quite lived up to their billing and went out in the last 16 to Poland.

Some players have suffered a loss of form.

Schaer has fallen out of favour at Deportivo Coruna, Shaqiri has suffered relegation with Stoke City in the English Premier League and Xhaka, who runs the Swiss midfield, has been made the scapegoat for Arsenal's failings.

The biggest problem lies in attack where none of the potential forwards have had a good season at club level, with first-choice Haris Seferovic relegated to a substitute's role at Benfica.

Seferovic was even booed off the field when he was substituted in the playoff against Northern Ireland -- a very rare reaction from a Swiss crowd.

The Swiss have reached the last 16 at their last two major tournaments but have not made the quarter-finals since the 1954 World Cup, which the country hosted.

An awkward draw has somewhat dampened hopes that they could take that extra step this time around.

With Brazil expected to top their group, the Swiss will battle Costa Rica and Serbia for second place, which would likely bring a last-16 encounter with defending champions Germany.