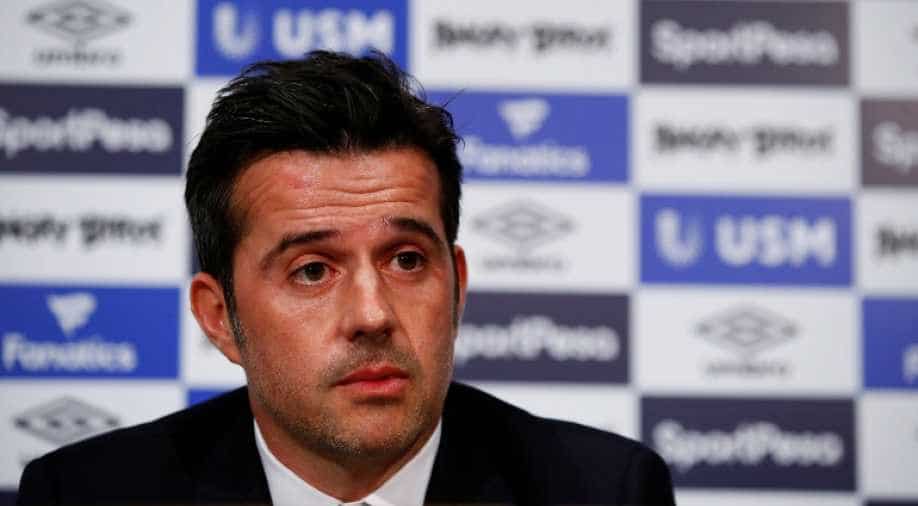 Silva had approached referee Lee Mason and the linesman to complain about Newcastle's winner.

Everton boss Marco Silva has been fined 12,000 pounds ($16,000) by the Football Association for confronting match officials after his side's 3-2 Premier League defeat at Newcastle earlier this month, the FA said.

Silva had approached referee Lee Mason and the linesman to complain about Newcastle's winner, insisting Salomon Rondon was offside in the buildup, after Everton allowed Newcastle to mount a spectacular comeback from 2-0 down to win 3-2.

"The Everton manager accepted an improper conduct charge from the FA, which resulted from his behaviour on the field of play at the end of the Premier League fixture against Newcastle United on March 9," the FA said.

Everton, 11th in the standings, next travel to ninth-placed West Ham United in the league on March 30.