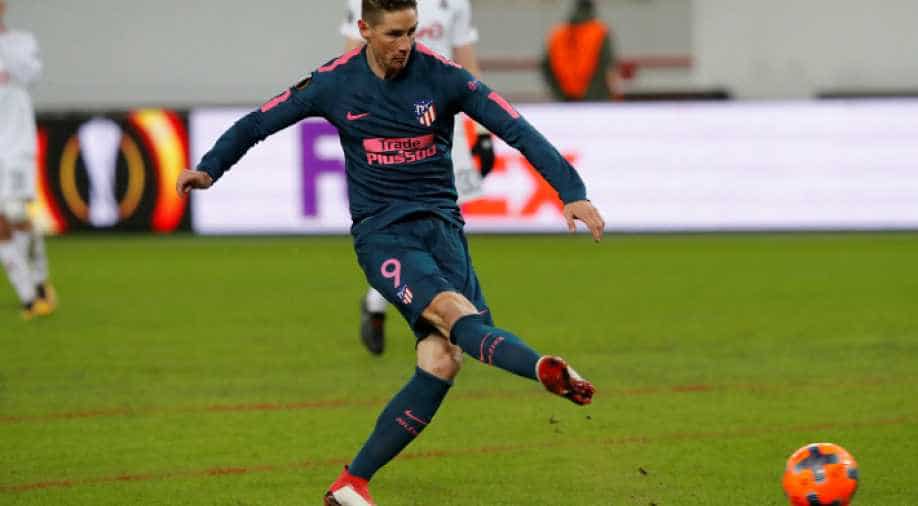 Atletico Madrid forward Fernando Torres scored twice as his side steamrolled Lokomotiv Moscow 5-1 in freezing conditions in Russia on Thursday to stroll into the Europa League quarter-finals 8-1 on aggregate.

The Spaniards had a 3-0 advantage from the first leg and Angel Correa promptly stretched their lead in the tie with an arrowed low finish into the far corner in the 16th minute after dribbling his way through the hosts' defence.

Polish full back Maciej Rybus levelled for Lokomotiv four minutes later with a stunning long-range strike but Atletico's passage to the last eight was rarely in doubt and Saul Niguez put them back in front early in the second half.

Torres converted from the penalty spot to score for the first time since Jan. 28 and struck again five minutes later before substitute Antoine Griezmann completed the rout with an outrageous chipped shot from just inside the area.