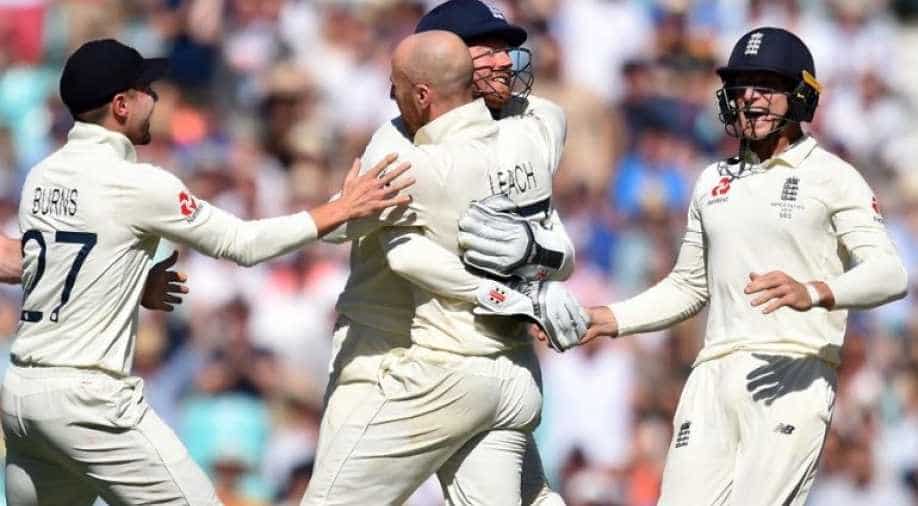 England were bowled out for 329 on the fourth day of the fifth Test on Sunday, setting Australia 399 to win an Ashes series away from home for the first time since 2001.

Joe Root's side resumed on 313-8 at the Oval but quickly lost Jofra Archer, caught behind by Australia captain and wicketkeeper Tim Paine off the bowling of paceman Pat Cummins.

Archer chased a ball down the leg-side and it was initially given not out but the umpire overturned the decision after Paine's appeal.

Last man Stuart Broad entertained the crowd with a couple of lusty blows into the stands off Cummins.

But the innings ended in tame fashion when Jack Leach mistimed a sweep and was caught by Josh Hazlewood off the bowling of off-spinner Nathan Lyon.