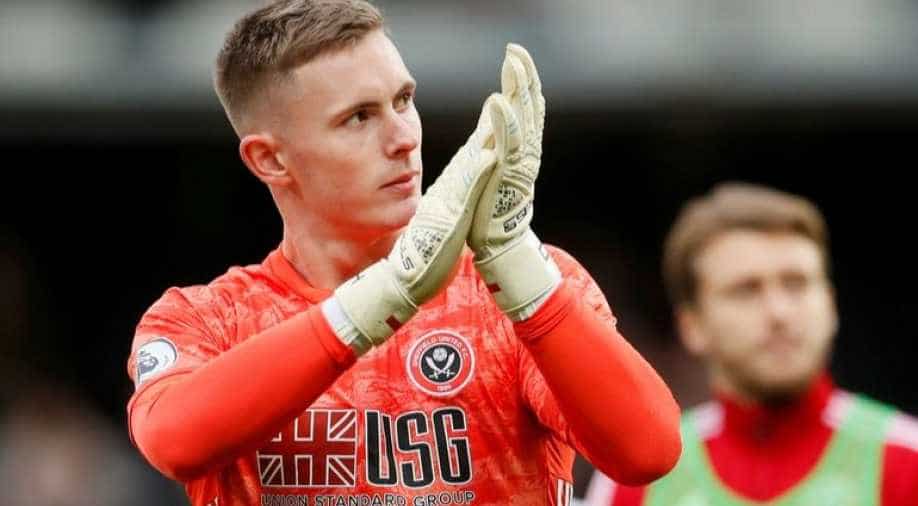 England has called up Sheffield United goalkeeper Dean Henderson for the first time following Tom Heaton's withdrawal through injury for the Euro 2020 qualifiers against the Czech Republic and Bulgaria, the FA said on Tuesday.

The 22-year-old Henderson, on loan at Sheffield United from Manchester United, will link up with Gareth Southgate’s 24-man squad on Wednesday after Heaton returned to Aston Villa after suffering the injury in their win at Norwich City last weekend.

Henderson was criticised by his club manager Chris Wilder after gifting Premier League leaders Liverpool the only goal in a 1-0 win at Bramall Lane on Sept. 28, watched by Southgate, but responded with a clean sheet in the draw at Watford on Saturday.

Henderson, who has featured for England from under-16 through to under-21 level, will travel to the Czech Republic and Bulgaria with goalkeepers Jordan Pickford and Nick Pope for the Group A qualifiers on Friday and Monday respectively.

England are top of the section with a perfect 12 points from four matches and will qualify for next year's finals with a win over the second-placed Czechs, who have nine points from five games. Bulgaria are bottom of the group with two from five.