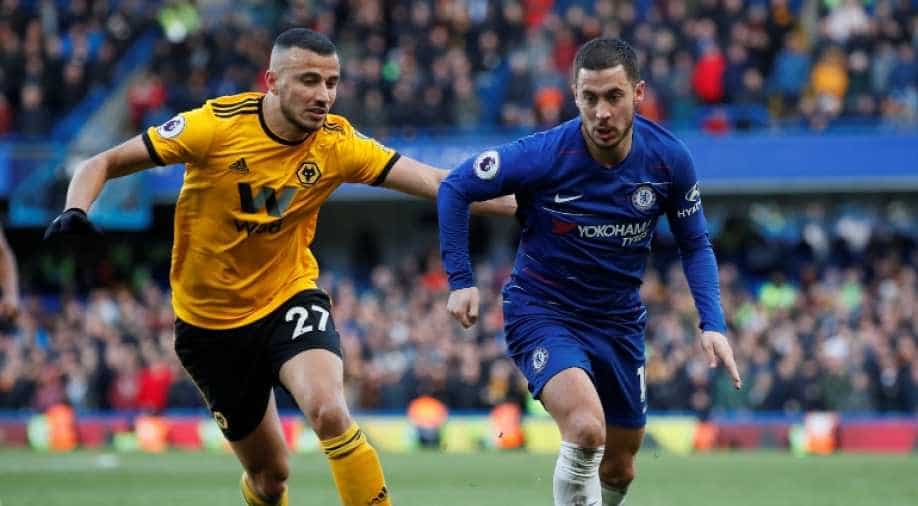 The result leaves Chelsea in sixth, level with Arsenal and behind Manchester United who were playing each other later on Sunday.

An injury-time goal from Eden Hazard salvaged a point for Chelsea against a dogged Wolverhampton Wanderers in the Premier League on Sunday after Raul Jimenez had put the visitors ahead with one of their only two shots on goal.

Hazard smashed the ball past Rui Patricio in the 92nd minute after constant pressure from the home side, who are bidding for a top-four place.

Chelsea had been stunned in the 57th minute when Jimenez burst out of defence with Diogo Jota and the pair sliced through Chelsea's ranks before the Portuguese laid off the ball from wide for Jimenez to slot home.

Patricio made a sharp save shortly afterwards from striker Gonzalo Higuain and another from Willian in the dying minutes. Chelsea had 22 shots to the visitors' two and also enjoyed 76 per cent of possession.

The result leaves Chelsea in the sixth, level with Arsenal and behind Manchester United who were playing each other later on Sunday.