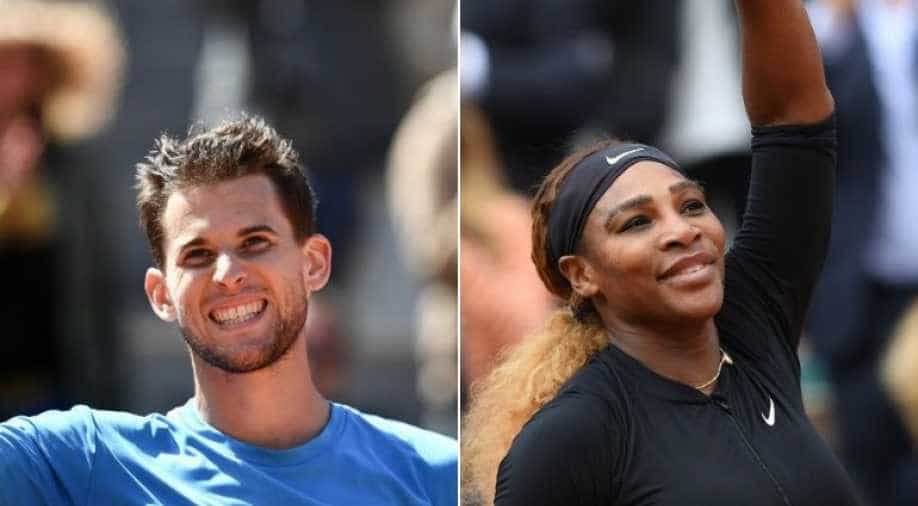 Thiem, who finished runner-up at Roland Garros, was left fuming after being asked to make way for Williams at a post-match news conference following her third-round defeat in the tournament

Austria's Dominic Thiem has extended an olive branch to Serena Williams after their media room misunderstanding at the French Open by offering to partner the American in mixed doubles at Wimbledon or the US Open.

Thiem, who finished runner-up at Roland Garros, was left fuming after being asked to make way for Williams at a post-match news conference following her third-round defeat in the first week of the tournament.

Williams, who had just lost in straight sets to Sofia Kenin, was pushing organisers to give her a room right away and Thiem accused the American of showing "bad personality" and treating him like "a junior".

"Probably it was not Serena's mistake. I find her achievements unbelievable, sensational. I would like to make amends with her in Wimbledon or the US Open mixed doubles," he told reporters on Tuesday.

"In retrospect, it was funny that such an organisational mistake happened at a Grand Slam tournament. What I do not understand is that it blew up so much," Thiem said.

Thiem, a clay court specialist, said he wanted to improve his record at Wimbledon, where he has never reached the quarter-finals. He retired midway through his opening round match against Cypriot Marcos Baghdatis last year.

"Wimbledon is special. I want to show myself better than last year. At that time I was slightly injured and had to give up in the first round. Now I see good chances to get relatively far," the 25-year-old added.