Dipa Karmakar: The Small Wonder, awarded biography of the year 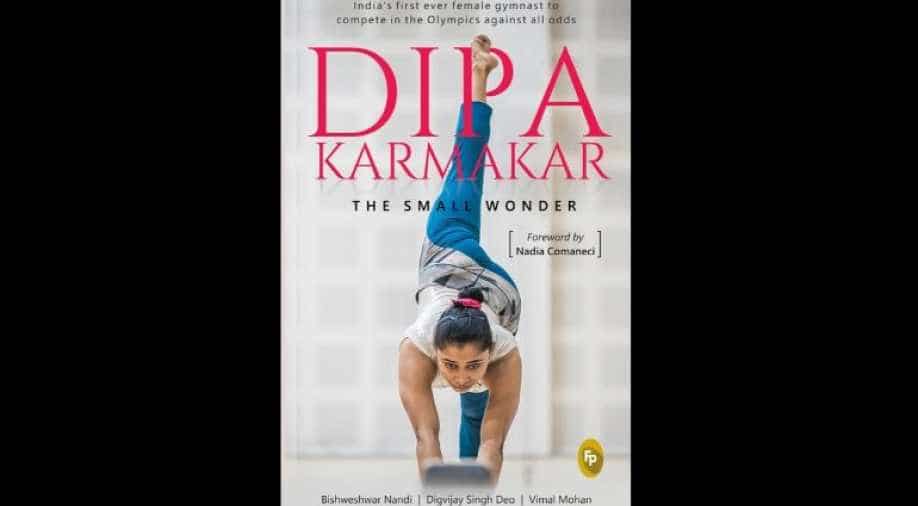 The biography efficiently accentuates how gymnastics as a sport has been majorly sidelined in India.

The story of toil, passion, hard work and the definitive journey of Dipa Karmakar, from a sporting outpost to becoming the face of gymnastics in India, “Dipa Karmakar: The Small Wonder”, co-authored by veteran sports journalists Digvijay Singh Deo, Vimal Mohan and Dipa’s Coach, Bishweshwar Nandi was awarded the "Biography of the Year" at Ekarma Sports Literature Awards at the end of the sports literature festival held in New Delhi.

The biography which is special in many regards, right from the foreword written by Nadia Comaneci - the first-ever gymnast to achieve a perfect ten in the sport, to documenting a journey which moves people and athletes not only at an emotional level but also inspires people and athletes to never give up on their dreams.

The book was launched by Bharat Ratna, Sachin Tendulkar himself earlier this year and has a detailed account of every stage of Karmakar’s life. Starting from her very childhood entailing her lows of being ridiculed, to her highs reminiscing a journey towards greatness and forging a legacy – the first Indian woman gymnast to win a medal at the Commonwealth Games, and also successfully attempting the death defying vault ‘THE PRODUNOVA' at Rio 2016, a moment which catapulted her to global fame as she narrowly missed out on becoming the first Indian gymnast to win a medal at the quadrennial sporting extravaganza.

Speaking on the honour, Olympian and Khel Ratna Awardee, Dipa Karmakar said, "I am really happy that my biography has been so well received and to win the Biography of the Year is an honour I cannot emphasise on how elated that makes me. I am really glad that the people of the country have loved my story and all the credit goes to the authors who have documented each and everything in such a way which even I couldn't imagine. I would like to congratulate each and every person who has been involved in this journey and with the book."

Digvijay Singh Deo, who has successfully covered three Olympics, has served as a co-author to this book, as has Vimal Mohan - a winner of the Ramnath Goenka Award for Excellence in Journalism.

The biography efficiently accentuates how gymnastics as a sport has been majorly sidelined in India. The book has been published by Fingerprint! Publishing and following the overwhelming reception garnered by the English edition, a Bengali translation of the title has also been launched.