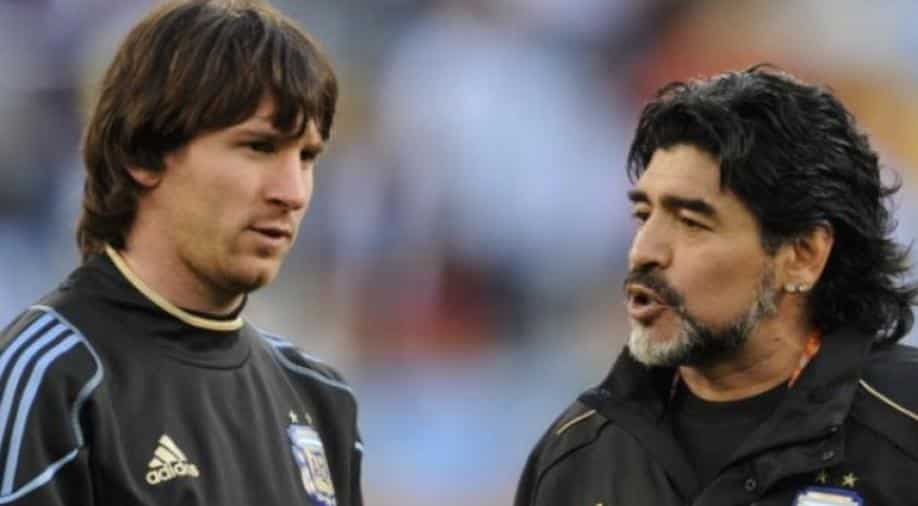 Maradona reckoned that the Argentina striker should not bother coming back as he always gets the blame for everything.

Maradona reckoned that the Argentina striker should not bother coming back as he always gets the blame for everything.

When asked Maradona to clarify his statement, he said, "Yes, because if the U15 team loses, it’s Messi’s fault, an Argentina fixture messes up the domestic calendar for Racing against Boca and Messi is to blame. I’d say-Don’t play anymore, it’s crazy, but let’s see if they’re (AFA) brave,” Maradona said as per an online portal.

Messi, who has scored 65 goals in 128 appearances since making his debut with Argentina in August 2005, has taken an indefinite leave of absence from international football.

When asked to comment, the retired striker, who coached Messi and Argentina from 2008 to 2010, was of the view that Messi should have broken his silence, post their elimination from the 2018 FIFA World Cup.

“Yes, I wish he had sent us all to shit because he’s not to blame for not being world champion. Okay, we had all the hopes in him, but when you go to the racecourse you have the hope that your horse will win and it finishes eighth,” he said.

On the professional front, Maradona has recently been appointed as the coach of the Mexican professional football club, Dorados de Sinaloa.