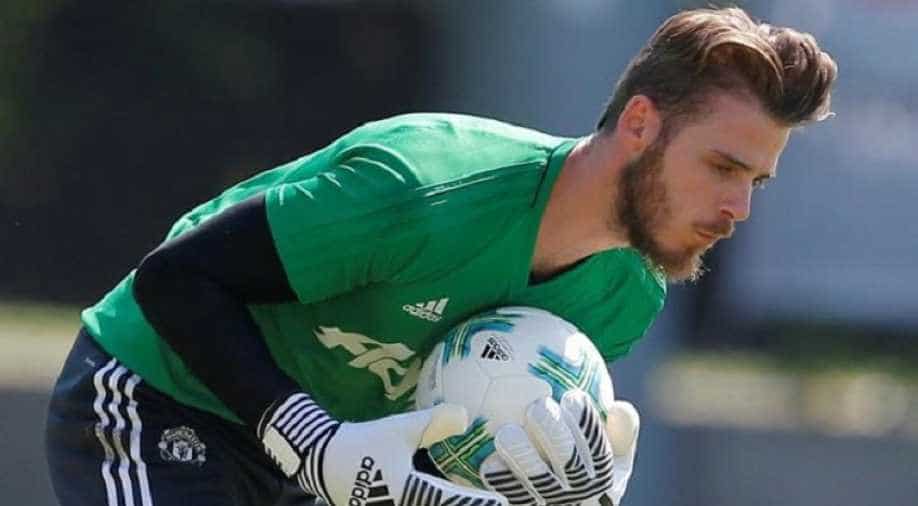 'De Gea has been singled out, and such targeted and personalised criticism of a single player is very unfair," said Luis Enrique.

The head coach of Spain's national soccer team said here Saturday that goalkeeper David De Gea has been unfairly criticised for his performance in a 3-2 loss against Croatia.

"De Gea has been singled out, and such targeted and personalised criticism of a single player is very unfair," Luis Enrique said.

"So the other players don't defend too?" he asked rhetorically.

The former FC Barcelona head coach said soccer players and coaches have to accept criticism from fans and the media as part of the game.

But he added that he would never cast judgment on his players in public.

Referring to the health of key defender Sergio Ramos, Luis Enrique said the Real Madrid star had reported for international duty with pain in the adductor muscle of his right leg.

"Even so, he ran the risk of playing (a 2018-2019 UEFA Nations League contest on Thursday against Croatia) in Zagreb and did well, and luckily didn't injure himself (further). But it made no sense to take the same risk in a friendly like tomorrow's."

He said that the team was in good spirits despite the 3-2 loss to Croatia, a result that came two months after Spain thrashed the 2018 World Cup runner-up 6-0 in a Nations League match in Elche, Spain.

Luis Enrique added that he expected an interesting match on Sunday against Bosnia and Herzegovina at Estadio Gran Canaria in Las Palmas, a city in Spain's Canary Islands.

After the Bosnia match, the Spanish national team will not reassemble again until March, the head coach said.