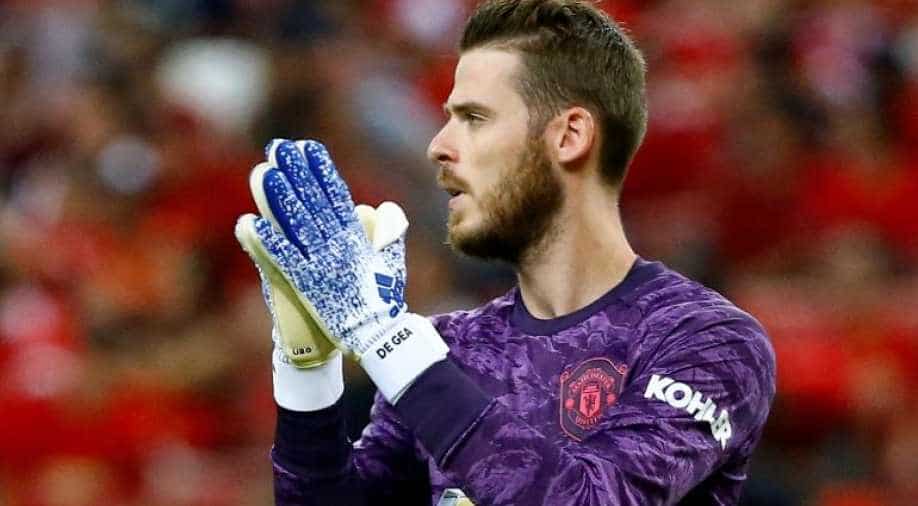 Manchester United goalkeeper David de Gea, reported to be on the verge of agreeing a six-year contract extension, has said he would welcome being captain of the Premier League club.

De Gea, 28, has long been linked with a move away from Old Trafford but said he wanted to help the team return to the summit of English soccer at a supporters' event in Singapore.

United's previous captain Antonio Valencia left at the end of last season and De Gea is one of several players in the frame to replace him along with Ashley Young, Juan Mata, Chris Smalling and Paul Pogba.

"I've been captain for some games. Of course it is amazing to be captain of a club like Manchester United and defend this badge," De Gea said. "It's amazing, so of course I'll be really, really happy to captain.

"It's my ninth season, I feel like one of the most experienced players. We have to improve a lot.

"We are Manchester United, we need to fight for trophies. When you put on this badge, that's what it means — fight for everything, give your best and bring the team again to the top."

United, who have not lost a match on their pre-season tour so far, beating Perth Glory, Leeds United and Inter Milan, take on Tottenham Hotspur in Shanghai on Thursday.