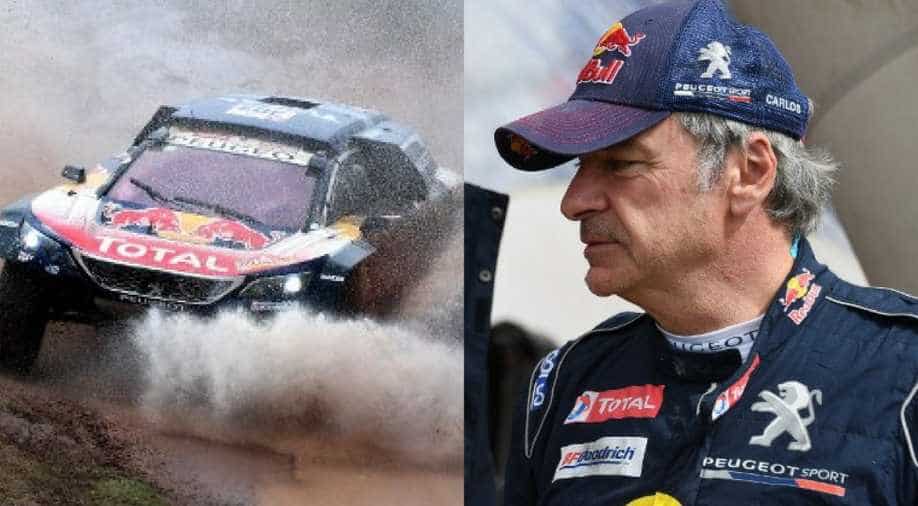 The 55-year-old Peugeot driver was accused of hitting another vehicle and not stopping. Photograph:( AFP )

Spanish Dakar leader Carlos Sainz was penalised 10 minutes on Monday for "potentially dangerous behaviour" during the fourth stage last week, cutting his advantage to under an hour.

The 55-year-old Peugeot driver was punished by the Dakar disciplinary committee over an incident with Dutch quad rider Kees Koolen, who accused him of hitting his vehicle and not stopping.

"It's an unfair decision, I'm not happy," said Sainz. "For me, I avoided an accident.

"I didn't touch him, there was no damage to my car."

Sainz's Peugeot boss Bruno Famin said the Spaniard was driving at more than 150kph (almost 100mph) when the supposed incident happened, adding that had there been a contact between the two "I don't think there would have been any discussion about the state of the quad and the car".

Famin, who said Peugeot would appeal, also said if it was a question about Sainz's behaviour then disciplinary committee "should penalise Carlos with a fine and not in a sporting way".

Monday's 242km ninth stage from Tupiza to Salta in Argentina was cancelled following torrential rain and a huge mudslide.

The Dakar Rally is due to finish on Saturday.