CWC 2019 final: Overthrow incident to be reviewed in September 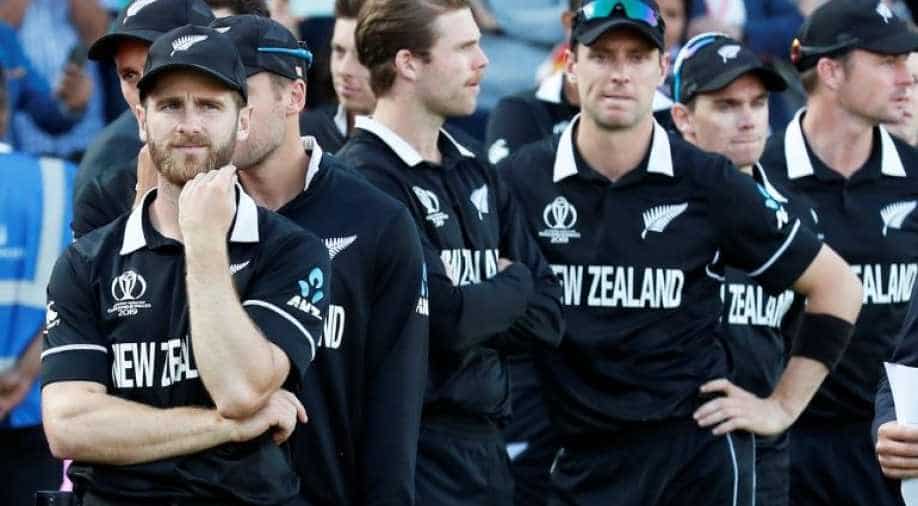 The final will be remembered for ages as it did not have a winner after the 50-over and super over action, as both were tied

The Marylebone Cricket Club (MCC) has announced that the overthrow incident involving Ben Stokes and Martin Guptill in the World Cup final will be reviewed in September this year.

"The WCC (World Cricket Committee) discussed Law 19.8 in relation to overthrows, in the context of the ICC Men's Cricket World Cup Final. WCC felt that the Law was clear but the matter will be reviewed by the laws sub-committee in September 2019," the MCC said in an official statement.

England had scripted history as it claimed its first-ever World Cup title on July 14. The final will be remembered for ages as it did not have a winner after the 50-over and super over action, as both were tied.

In the end, England were announced as the winner as they had hit more boundaries (26) as compared to New Zealand (17) in the match.

New Zealand had set up 242 for England. As the hosts needed nine runs off three balls, all-rounder Ben Stokes hit the ball into the deep and ran for a double. New Zealand's Martin Guptill threw the ball in an attempt to run out Stokes but the ball bounced off Stokes' bat and reached the boundary.

As a result of the overthrow, England were awarded six runs - two for a double and four for an overthrow.

Taufel, who had umpired during the 2011 World Cup final, had confirmed that the officiating umpires Kumar Dharmasena and Marais Erasmus made a mistake.

Law 19.8 related to an "overthrow or wilful act of fielder", states: "If the boundary results from an overthrow or from the willful act of a fielder, the runs scored shall be any runs for penalties awarded to either side, and the allowance for the boundary, and the runs completed by the batsmen, together with the run in progress if they had already crossed at the instant of the throw or act."

However, Taufel also defended the officiating umpires, saying they have to consider a number of things while examining every ball.

"In this particular case, the umpires have got a lot on their plate, because like every ball, they've had to watch the batsmen complete the first run, they've had to watch the ball being fielded, to understand how it's in play, whether the fielder's done the right thing. Then they've got to look to see when the ball is released, in case there is an overthrow. And that happens every delivery of the game. And then they've got to back to see where the two batsmen are," he had said.

The retired Australian umpire had said that there was a judgment of error as Stokes and Adil Rashid had not crossed for the second run. The replays showed that the England batsmen had not crossed at the time of the throw.

"So it's unfortunate that there was a judgment error on the timing of the release of the ball and where the batsmen were. They did not cross on their second run, at the instant of the throw. So given that scenario, five runs should have been the correct allocation of runs, and Ben Stokes should have been at the non-striker`s end for the next delivery," he had said.

Formula One: Verstappen ready to pounce as cracks widen in Mercedes armour