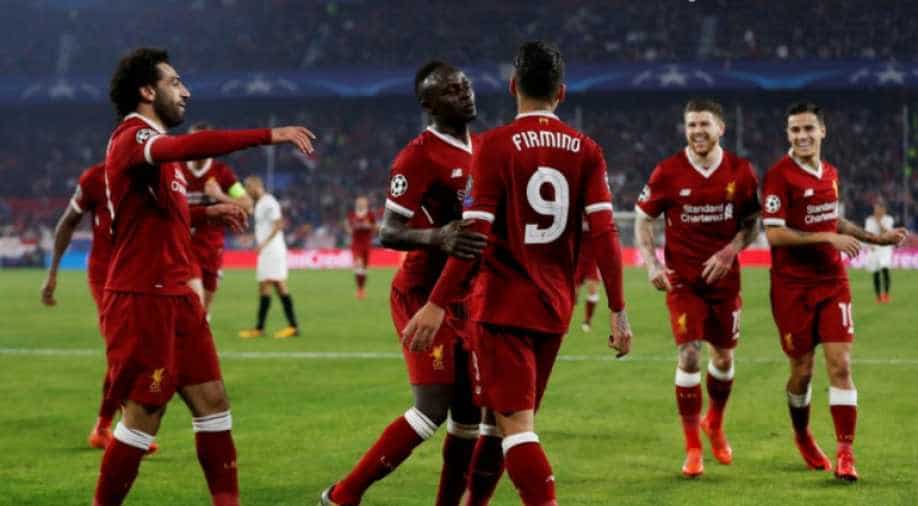 Former Liverpool manager Rafa Benitez believes the current side's devastating attacking trio marks them out as a superior unit to the one he guided to a famous 2005 Champions League triumph in Istanbul.

Forwards Mohamed Salah, Roberto Firmino and Sadio Mane have plundered 29 goals between them in Europe's elite club competition this season heading into Saturday's final against Real Madrid in Kiev.

"We achieved what we achieved, they talk about the 'Miracle of Istanbul' but this team is better," Benitez, who led the team to a fifth European crown in Turkey when they rallied from 3-0 down at halftime to win on penalties, told British media.

That Liverpool squad was hardly short of quality with the likes of Steven Gerrard, Xabi Alonso and Dietmar Hamann pulling the strings in midfield, but Benitez said Juergen Klopp's side had more players capable of settling a contest on their own.

"We had Stevie, of course, also some players with experience and quality... we had players who worked very hard, we had a good balance," Newcastle United boss Benitez, who also had a stint at Real Madrid, added.

"If we talk about the money spent, my budget was 20 million pounds ($26.82 million). The value of this team is so much higher," the Spaniard added.

Liverpool is looking to deny holders Real a 13th title and a third in a row in the competition.

Saturday's clash at Kiev's Olympic Stadium is a repeat of 1981 final when Liverpool prevailed 1-0 in Paris.