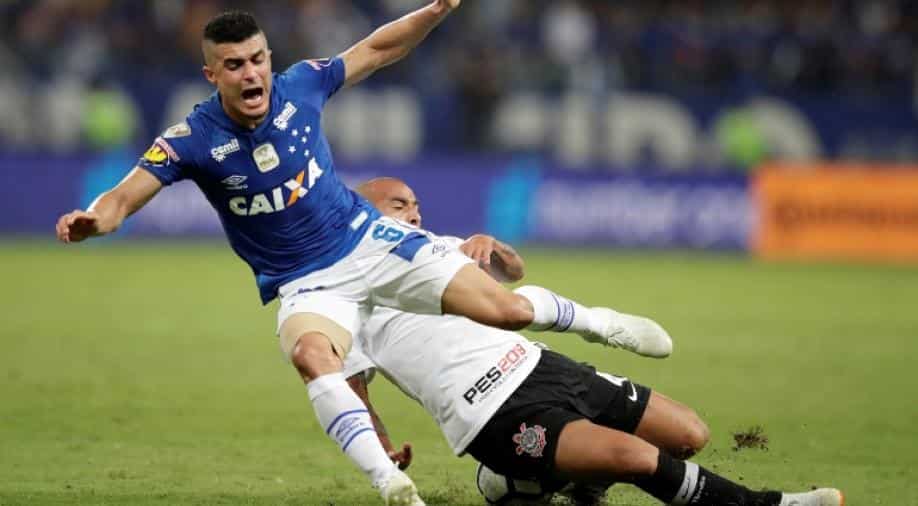 The home side dominated the first 45 minutes but had to wait until injury time to take the lead.

A stunning first-half goal from midfielder Thiago Neves gave Cruzeiro a well-deserved 1-0 win over Corinthians in the first leg of the Copa do Brasil final in Belo Horizonte.

The home side dominated the first 45 minutes but had to wait until injury time to take the lead, when Neves, who had hit the woodwork moments earlier, saw his header deflected into the net.

Cruzeiro's superiority was equally clear in the second half but they could not add to their lead.

Corinthians displayed a poor performance as they failed to have a shot on target the entire 90 minutes. They ended the game with 10 men after substitute Angelo Araos was sent off in the dying moments.

The second leg takes place in Sao Paulo next week.

WTC Final: 'Don’t think he has too many weaknesses' - Umesh Yadav points at key wicket for Team India