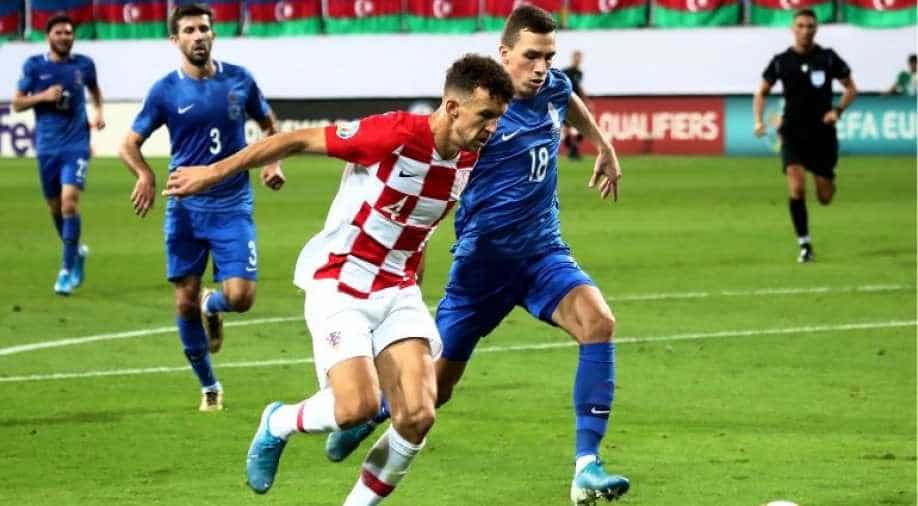 Croatia went top of Euro 2020 qualifying Group E despite being held to a surprise 1-1 draw in Azerbaijan as Hungary slipped to a shock 2-1 home defeat by neighbours Slovakia on Monday.

The results lifted Croatia into pole position on 10 points from five games, one ahead of Slovakia, who bounced back in style after Friday's 4-0 home drubbing by the Croatians, and Hungary.

Wales have six points from four games and Azerbaijan are on one point from five matches.

The Croatians took an 11th-minute lead thanks to a Luka Modric penalty after Anton Krivotsyuk handled the ball and then missed a hatful of chances before substitute Tamkin Khalilzade equalised with a solo effort.

The forward weaved his way past three defenders after cutting in from the left flank and beat goalkeeper Dominik Livakovic with a fine shot from eight metres.

Home keeper Emil Balayev twice denied Nikola Vlasic and also kept out a pair of Ante Rebic sitters in the first half, while Azerbaijan had two goals correctly ruled out for offside in an action-packed encounter.

Croatia coach Zlatko Dalic scorned his players for a below-par performance as it left them with work to do in order to qualify for next year's 24-nation tournament.

"Some of my players need to grow up," Dalic told reporters.

"We missed too many chances after taking an early lead and their goalkeeper also had an excellent afternoon. They stifled us in the second half and we only have ourselves to blame."

Hungary failed to capitalise on Croatia's slip-up as they conceded two goals against the run of play in front of a fervent home crowd in Budapest.

Robert Mak fired the visitors ahead in the 40th minute when he swept a loose ball into the net from seven metres after Marek Hamsik's teasing low cross from the right rebounded kindly.

The home side levelled in the 50th minute when 18-year-old Dominik Szoboszlai curled in a delightful free kick past keeper Martin Dubravka for his first international goal.

But the Hungarians were rocked again six minutes later when Slovakia's 19-year-old striker Robert Bozenik also netted the first goal for his country, driving in a crisp shot from the edge of the penalty area.

Mak fired over an empty net after a defensive mix-up several minutes later and Dubravka then rescued Slovakia when he kept out a rasping shot by midfielder Balazs Dzsudzsak.