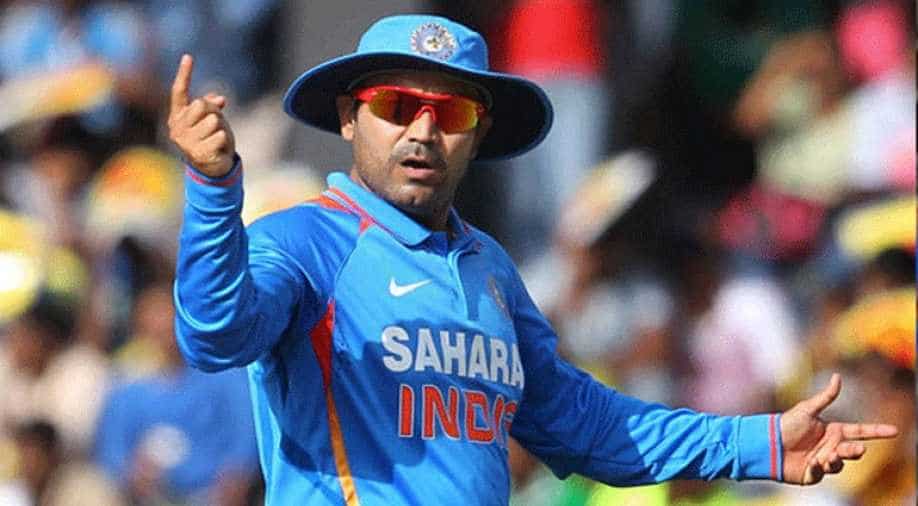 Gambhir, the East Delhi MP and former India cricketer, said that the successful launch of Chandrayaan-2 will motivate the next generation to help India's space exploration programme

Cricketing legends, including Virender Sehwag and Gautam Gambhir on Monday, congratulated ISRO on the successful launch of India's indigenous moon mission, Chandrayaan-2 from the Satish Dhawan Space Centre at Sriharikota in Nellore district of Andhra Pradesh.

Former India destructive batsman Sehwag in a tweet praised the team of Chandrayaan-2, saying, "Many congratulations to Team #Chandrayaan2 @isro for the successful and seamless launch!"

Gambhir, the East Delhi MP and former India cricketer, said that the successful launch of Chandrayaan-2 will motivate the next generation to help India's space exploration programme.

"I always looked up at the moon as a child, wondering what secrets it's hiding. The successful launch of #Chandrayaan2 will shed some light on these secrets, & motivate the next gen to help India's space exploration programme. I congratulate everyone at @ISRO for this success," Gambhir said.

Indian skipper Virat Kohli took to Twitter and wrote, "Another historic and proud moment for the nation as the #Chandrayaan 2 is launched Jai Hind #ISRO #IndiaMoonMission."

Dhawan, who was part of the Indian World Cup team, said it is a historic moment for India and congratulated ISRO team for the successful launch of Chandrayaan2.

"Indeed a historic moment for India. Congratulations to all the members of @isro for successfully launching #Chandrayaan2," Dhawan tweeted.

Former India cricketer VVS Laxman congratulated ISRO and termed the launch as exemplary."Exemplary! Many congratulations to @isro on the successful launch of #Chandrayaan2," Laxman tweeted.

India batsman Suresh Raina in a tweet called the move is historic."This is HISTORIC! Propelling a billion dreams into the sky. What a proud moment for #Chandrayaan2," Raina said.

"Billions of eyes will gaze at the sky and hearts beat in prayers, as #Chandrayan2 takes off from Sriharikota in few minutes. The most powerful rocket will carry the Indian dream to Moon for the second time. Best of Luck @isro. Wish you great success for this mission," Shukla said.

Indian Football Team replied to ISRO's tweet with the emojis and praised the launch.

The spacecraft took off at 2.43 pm, exactly a week after the mission was aborted after a technical snag was detected less than an hour before the launch.