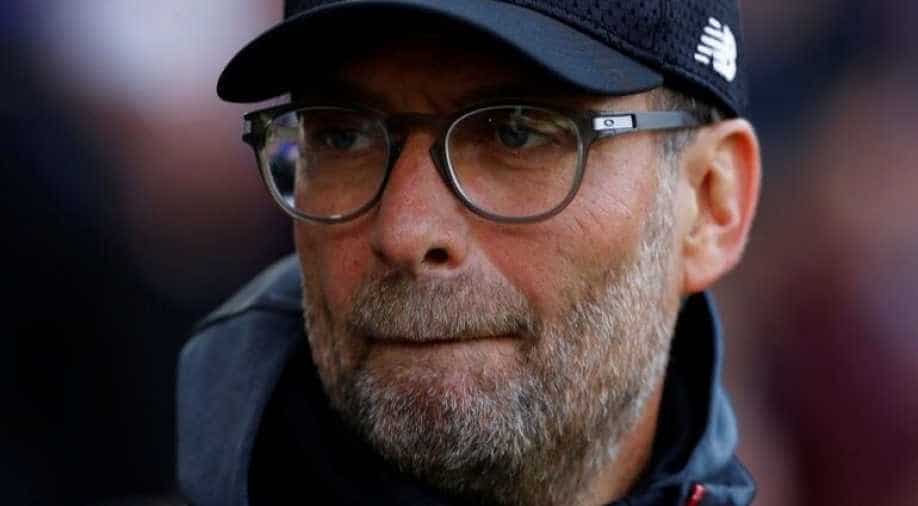 Klopp will join a host of star names from the world of football, including Manchester United's Juan Mata and FIFA women's player of the year Megan Rapinoe, by donating one percent of his salary to aid the work of charities across the world

Liverpool manager Jurgen Klopp has revealed that the emotional high of his side's Champions League triumph inspired him to join the Common Goal charity.

Klopp will join a host of star names from the world of football, including Manchester United's Juan Mata and FIFA women's player of the year Megan Rapinoe, by donating one percent of his salary to aid the work of charities across the world.

The 52-year-old, who was crowned FIFA men's coach of the year on Monday, told the Players Tribune of difficult times he suffered early in his career as an amateur footballer, working in a warehouse while trying to support his young family.

And while he now faces the pressure of trying to deliver Liverpool's first Premier League title in 30 years, Klopp insisted he and his players have the luxury of no longer living in the 'real world'.

"We should not forget what it was like when we had real problems," said Klopp.

"This bubble we live in is not the real world. I am sorry, but anything that happens on a football pitch is not a real problem. There should be a bigger purpose to this game than revenue and trophies, no?

"Just think what we could accomplish if we all came together and gave one percent of what we earn to make a positive difference in the world. Maybe I am naive. Maybe I am a crazy old dreamer.

"But who is this game for? We all know damn well that this game is for dreamers."

After a stunning comeback from losing the first leg of their Champions League semi-final 3-0 to Barcelona to beat the Spanish champions 4-0 at Anfield in May, Liverpool lifted their sixth European Cup by beating Tottenham 2-0 in Madrid.

On their return to Liverpool, an open-top bus parade took the team passed hundreds of thousands of celebrating fans on the city's streets.

"If you could’ve put all the emotions, all the excitement, all the love in the air that day and bottled it up, the world would be a better place," added Klopp.

"I have not been able to get the emotion of that day out of my head. Football has given me everything in my life. But I really want to do more to give back to the world."