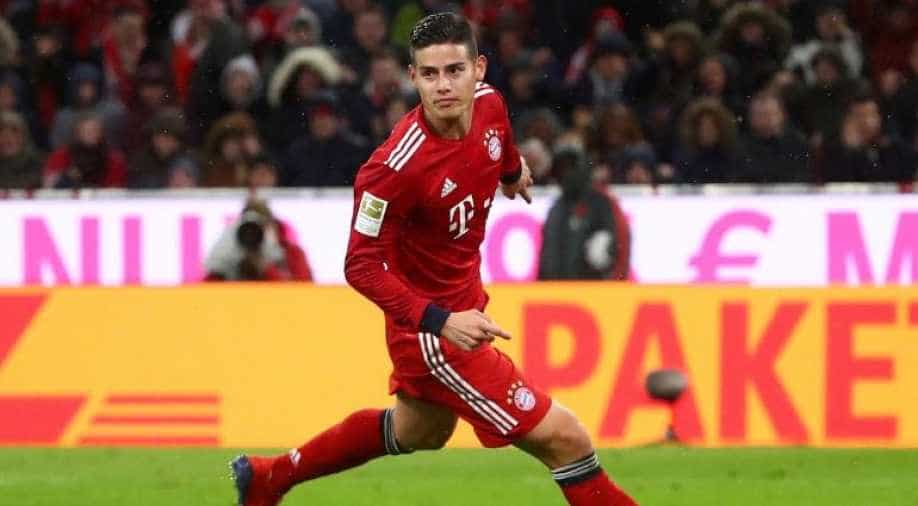 Colombia captain James Rodriguez has been included in their squad for next month's Copa America in Brazil despite concerns over his form and fitness.

The Bayern Munich player managed a full 90 minutes only three times in the Bundesliga this season and missed four of his club's last five games with various muscular problems.

He was also troubled by a calf injury during last year's World Cup in Russia when Colombia were knocked out in the last sixteen.

"We have a personal coach for James and we have 15 days to get him ready for the opening match against Argentina. I'd be delighted to have James playing lots of games," said coach Carlos Queiroz.

Other players to make the final 23 included Juventus winger Juan Cuadrado and forward Duvan Zapata, who was the second top scorer in Italy's Serie A this season and helped unfancied Atalanta qualify for the Champions League for the first time.

Colombia will face Argentina, Paraguay and guest team Qatar in their group as they play their first competitive matches under Queiroz, who has replaced Jose Pekerman.

"It's time to work, this is no time to party," said the Portuguese in announcing the squad.

"A triumphalist attitude would not be responsible before the competition. We need to be together and aware, with ambition and humility. That's the only way we can fulfil our dreams," said Carlos Queiroz.