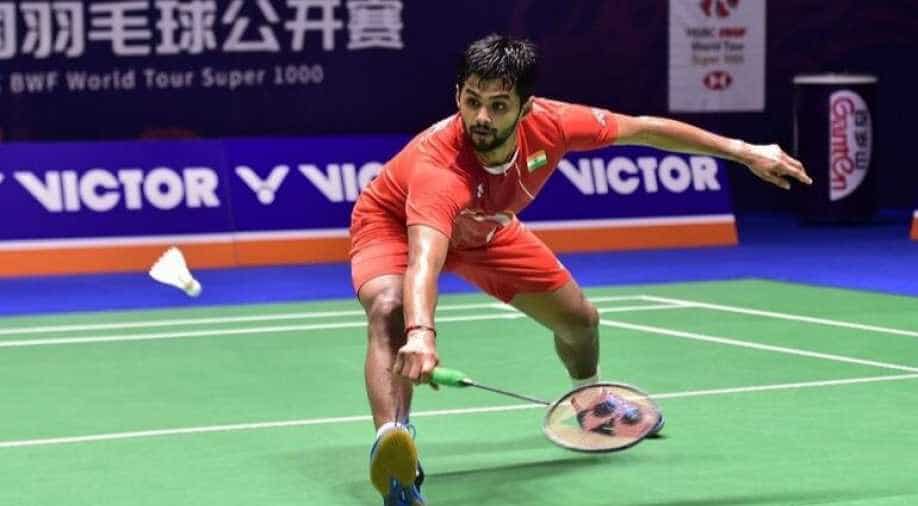 India's challenge in the tournament ended after Praneeth's quarter-final exit

World Championships bronze medalist Sai Praneeth crashed out of the China Open after losing to Indonesia's Anthony Ginting 21-16, 6-21, 16-21 in a quarter-final match on Friday.

Praneeth claimed the first game of the encounter. The second game was won by Ginting 21-6, a hefty margin, to make a comeback in the match.

In the third game, Ginting kept the momentum going and clinched the game and match that lasted for 55 minutes. India's challenge in the tournament ended after Praneeth's quarter-final exit.

Earlier in the day, reigning Olympic champion Carolina Marin defeated China's He Bing Jiao 11-21, 21-14, 21-15 in a quarterfinal match to proceed to the semifinal of the tournament.

She will play against Japan's Sayaka Takahashi in the semifinal encounter on September 21.