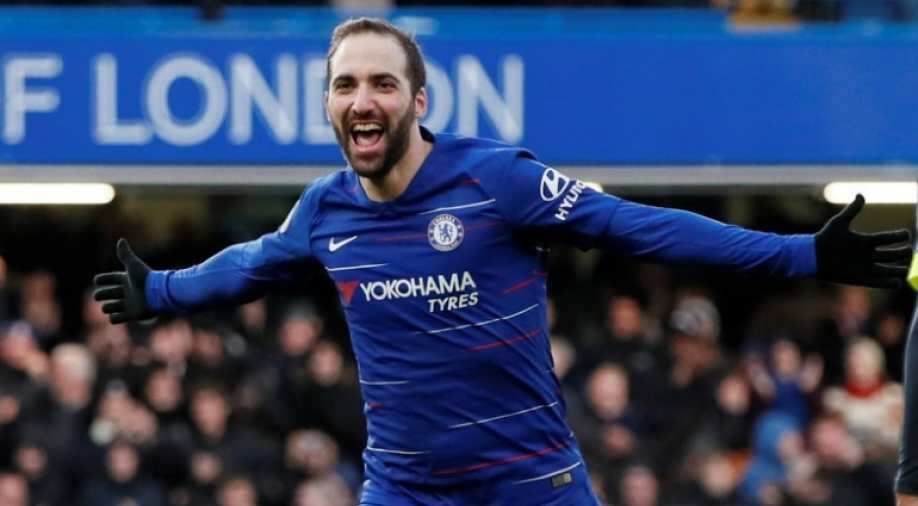 Chelsea signed Higuain in January and bounced back from a disappointing 4-0 defeat at Bournemouth in midweek with a rampant performance against Town, with both Hazard and Higuain netting two goals each.

Chelsea signed Higuain in January and bounced back from a disappointing 4-0 defeat at Bournemouth in midweek with a rampant performance against Town, with both Hazard and Higuain netting two goals each.

"We all needed that," Belgium international Hazard told Chelsea's TV channel. "We did well, so just happy with the result, the way we played today, especially after the game on Wednesday.

"It was hard but I think the manager wanted us to respond and we did."

Higuain worked under Chelsea manager Maurizio Sarri at Napoli, scoring 38 times in their final season together at the Italian side in 2015-16.

Hazard said he had benefited from training with Higuain for the past 10 days and backed his new team mate to be a success in England.

"We've improved together," he said. "We've trained together now for 10 days. He's a great striker... he can hold the ball, he can play one touch, he's intelligent. In the box he's unbelievable, so he will score more goals, I think."

Next up for Chelsea is an away game against Manchester City, who host Arsenal in the league later on Sunday.

Hazard believes his team have a good chance of beating defending champions City for the second time this season.

Chelsea won the reverse fixture at Stamford Bridge 2-0 at the start of December.

"We need to be focused," Hazard added. "It's going to be a different game than two or three months ago. I think they will have the ball, because it's City, they have these sort of players to play together.

"But we will defend well and then we will score one goal or two."