Chelsea held by Leicester but point enough for third place 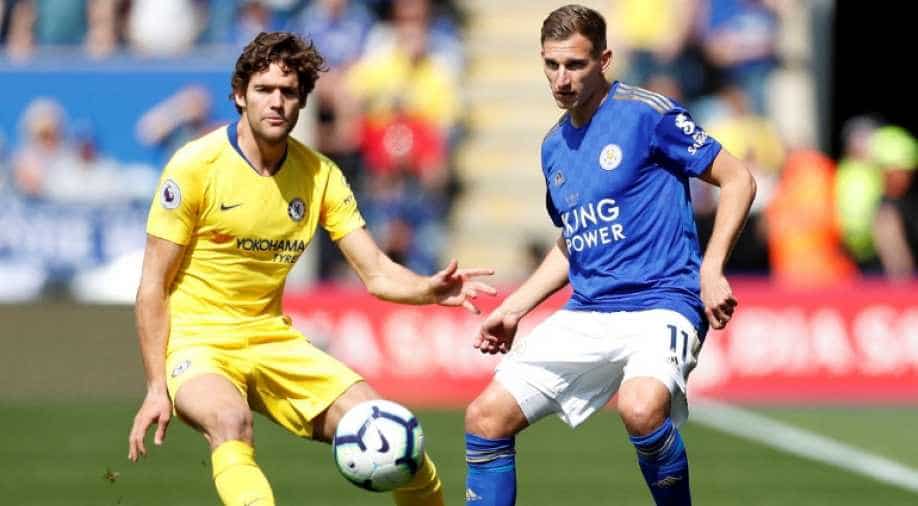 Chelsea finished the campaign with 72 points, one point clear of Tottenham Hotspur in fourth

Gonzalo Higuain missed two first-half chances as Chelsea were held to a 0-0 draw by Leicester City at King Power Stadium on Sunday, but the point was enough to secure third place in the Premier League for Maurizio Sarri's side.

Chelsea, who play Arsenal in the Europa League final later this month, finished the campaign with 72 points, one point clear of Tottenham Hotspur in fourth.

Chelsea midfielder Eden Hazard, who has been the subject of much speculation that he could move away from Stamford Bridge, was dropped to the bench, while there was no place in the match-day squad for N'Golo Kante as he succumbed to a hamstring injury.

The two best chances of the opening half fell to Higuain, who put his first effort wide of the right post and then missed on the left when well-placed on both occasions.

Hazard was introduced with 20 minutes remaining and had an appeal for a penalty after tumbling in the box, but referee Anthony Taylor waved play on as neither side were able to find a winner.