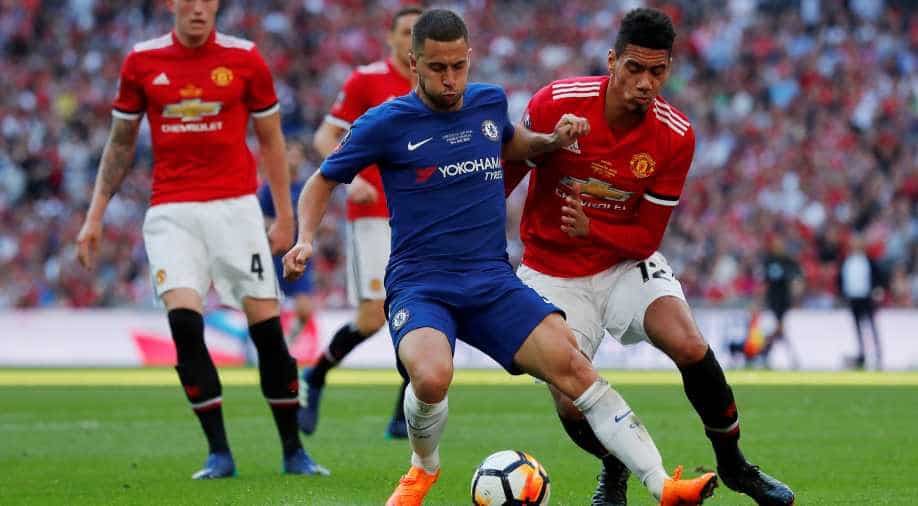 Eden Hazard's first-half penalty proved decisive as Chelsea salvaged their season by beating Manchester United 1-0 in the FA Cup final in what is widely-expected to be manager Antonio Conte's swansong on Saturday.

The Belgian's searing pace earned the spot-kick in the 21st minute after forcing Phil Jones into a desperate lunging tackle and he coolly tucked it away for what proved to be the winner.

Jose Mourinho's United were dismal in a scrappy first half and although they improved significantly after the break they were denied a record-equalling 13th FA Cup triumph and ended the season without a trophy.

Chelsea, whose Premier League title defence fizzled out into a fifth-placed finish, survived several scares but they defended superbly as Conte celebrated his first domestic cup honour as a manager having seen his side beaten by Arsenal a year ago.

It was only Mourinho's third defeat in 15 Cup finals as a manager.