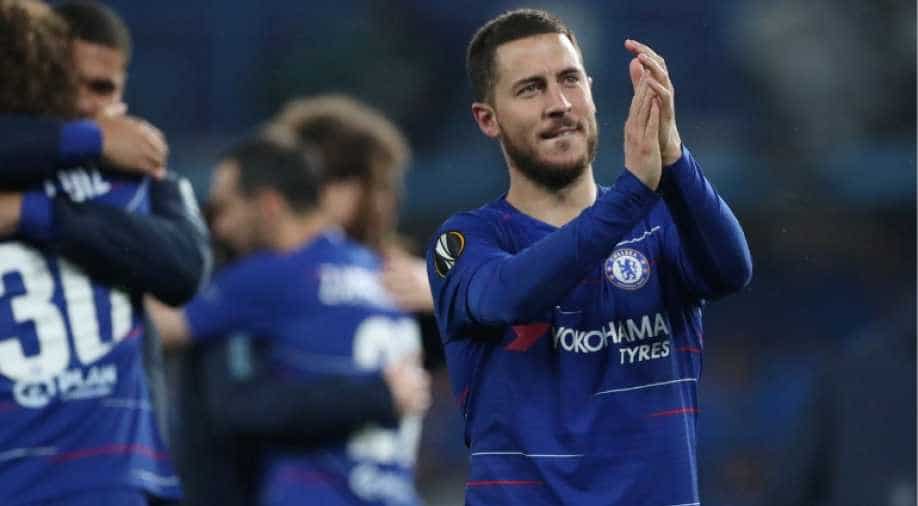 'I want to respect his decision. I hope that he will stay with us, but we need to be ready if he will decide something different,' Sarri said

Chelsea manager Maurizio Sarri has expressed his desire of keeping Eden Hazard to the club, as the Belgian's contract is due to expire at the end of next season.

"I don't know. As I said in every press conference, I want to respect his decision. I hope that he will stay with us, but we need to be ready if he will decide something different," Goal.com quoted Sarri as saying.

"Also if I have spoken with him, I don't want to say anything. Hazard is good for every team, of course, but he's really very good for us," he added.

Moreover, in January, Chelsea agreed a $73 million move for Christian Pulisic, who they loaned back to Borussia Dortmund for the rest of the season.

Sarri said the United States international is ready to join the group and eulogised Pulisic by calling him 'really very strong' but further added that there is room for improvement.

"I spoke with him two or three months ago. Pulisic knows very well our team, our way of playing, his team-mates. So he's ready to join the group," he said.

"Christian is a very young player, of course, but he is really very strong. So I'm really very happy. He has the possibility to improve more, so he could become a very important player for us," Sarri added.