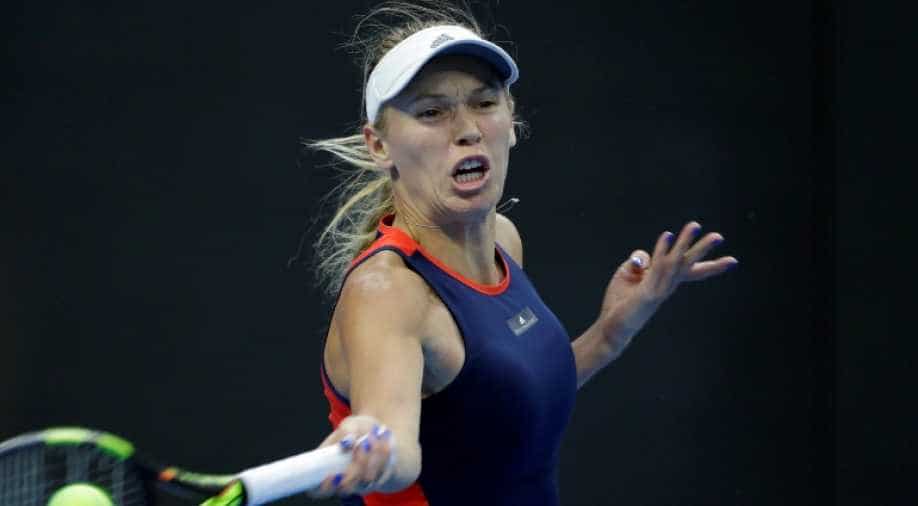 Wozniacki seeded third at this year's tournament, said she was carefully managing her arthritis, a condition which sometimes leaves her so exhausted she can barely move her arms.

An upbeat Caroline Wozniacki said she was relishing returning to the Australian Open as defending champion Sunday and dismissed concerns health problems were affecting her game.

The Dane achieved a career milestone at Melbourne Park to claim her maiden Grand Slam last year, but also revealed she was suffering the debilitating auto-immune condition rheumatoid arthritis.

Wozniacki, 28, insisted there was no extra pressure returning Down Under as the title holder, saying she was treating her upcoming campaign as "a nice, fun challenge".

"I felt comfortable straightaway when I hit balls on that court. It was just a good feeling," she said of her return to Rod Laver Arena, the scene of last year's three-set triumph over world number one Simona Halep.

"Then, you see your photos all over the place, which is cool. So it's definitely great to be back."

Wozniacki seeded third at this year's tournament, said she was carefully managing her arthritis, a condition which sometimes leaves her so exhausted she can barely move her arms.

"For me, it's just all the time making sure I get good massaging, good treatments, ice baths, stretching, do everything even more thoroughly than maybe in the past," she said.

She added that she had not changed her playing style and had learned to recognise symptoms of arthritis to avoid flare-ups.

"I think especially as an athlete, you're even more aware of it. You know your body even better," she said.

"It's kind of hard to put into words, but I can definitely tell the difference whether it's just soreness from training or soreness from that (arthritis)."

She said the pre-season routine was unchanged, aside from some extra gym work to keep in shape before training began in earnest.

After such a rollercoaster 2018, Wozniacki said she needed "to leave the racquet behind for a while" during the off-season, recharging her batteries in the Maldives and the Virgin Islands.

The avid Liverpool fan also visited the less sunny climes of Anfield to see her beloved team in action, indulging in the local fare after cheering Jurgen Klopp's men on to victory.

"They have great burgers right outside. There's a huge line outside one of them... they had fries, all sorts of stuff," she said.

Wozniacki begins her tournament on Monday against Alison van Uytvanck of Belgium, ranked 51st in the world, a player she described as "tricky" and aggressive.

"I have to go in and play aggressive myself, get a lot of returns back, serve well, make her move," she said.