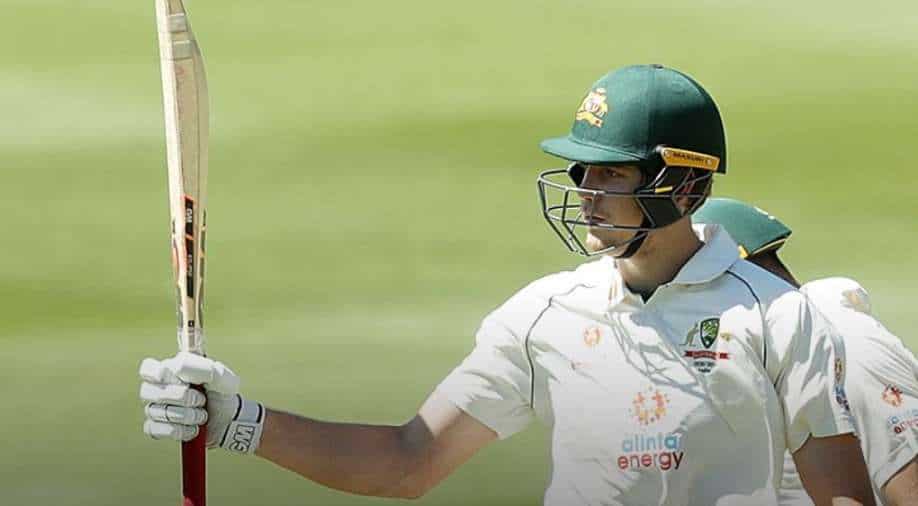 Fast-rising star Cameron Green plundered a century but the pair tipped to open for Australia in the first Test against India both failed in a warm-up against the tourists Monday.

Fast-rising star Cameron Green plundered a century but the pair tipped to open for Australia in the first Test against India both failed in a warm-up against the tourists Monday.

All-rounder Green has been in sizzling form with the bat and his unbeaten 114 against a quality India A attack featuring Ravi Ashwin and Kuldeep Yadav left selectors with plenty to ponder.

Coach Justin Langer has previously suggested Matthew Wade and Travis Head will keep their spots at No.6 and No.5 respectively for the opening Test which begins on December 17 in Adelaide.

But 21-year-old Green, recently described by Greg Chappell as the best he had seen since Ricky Ponting, keeps knocking on the door, steering Australia A to 286 for eight on day two of the three-day game.

India declared their first innings on 247 for nine, with Test vice-captain Ajinkya Rahane adding another nine runs to his overnight 108.

In contrast, fellow young prospect Will Pucovski and veteran Joe Burns, in line to form Australia's top order in Adelaide after David Warner suffered a groin strain, both flopped.

The injury has transformed the pair from rivals competing for a place alongside Warner into likely opening partners, but neither impressed against the new ball in Sydney.

Pucovski made one from 23 balls before mis-hitting straight to fielder Shubman Gill, while Burns departed on four after nicking to wicketkeeper Wriddhiman Saha.

Fast bowler Umesh Yadav claimed both wickets to press for inclusion in India's pace attack for the four-Test series.

The lack of chemistry between them will be a concern for Australia's selectors but options are limited without Warner.

Pucovski has been prolific domestically, snaring back-to-back double centuries for Victoria but is unproven at Test level.

Barring a late inclusion for former opener Marcus Harris, who made 35 Monday coming in at first drop, the other option to open the batting in the Test squad is Marnus Labuschagne.