Even though Borussia Dortmund ran riot against their bitter rivals FC Schalke by winning the match 4-0, the lack of the iconic yellow wall, no chants and echoing voices of players and support staff clearly gave a glimpse of what sporting activities could like post-COVID-19

There was a strange feeling in the empty Signal Iduna Park as Borussia Dortmund locked horns with arch-rivals FC Schalke in what was a one-sided Ruhr Derby and first set of Bundesliga matches after the resumption of the league on Saturday (May 16). Even though Borussia Dortmund ran riot against their bitter rivals by winning the match 4-0, the lack of the iconic yellow wall, no chants and echoing voices of players and support staff clearly gave a glimpse of what sporting activities could like post-COVID-19.

Both Dortmund and Schalke took to the ground one by one due to new social distancing norms with staff and other officials wearing masks. After the referee blew the whistle for the commencement of the match in front of empty stands, FC Schalke 04 started with early possession before Dortmund’s high press and intensity caught up to them following a break off 66 days.

An early chance fell to the feet of Erling Haaland in the ninth minute, however, the young sensation’s first touch let him down. Schalke did try to hurt their arch-rivals as Merit showed early promising signs, however, the lack of final delivery constantly disappointed the Blues. 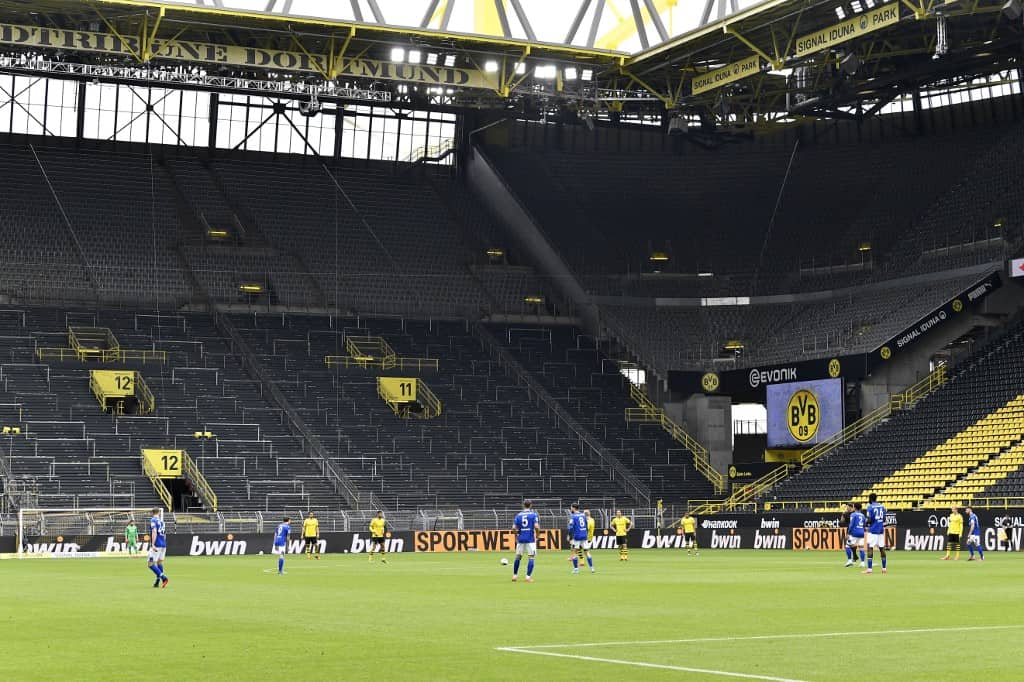 Achraf Hakimi’s threat from the right flank was visible from the word go and the energetic right-back created a superb chance in the 10th minute only for Dortmund attackers to scrap it wide. Thorgan Hazard was the main threat on the ball for Dortmund as the Belgian looked lively and in-control right after the whistle.

A fluid build-up and an inch-perfect cross by Hakimi allowed Haaland to score Bundesliga’s first goal post-resumption and the Norwegian came up with an interesting celebration as he danced to the tune of stadium music away while maintaining a distance with his teammates.

Rafael Guerreiro - on the scoresheet, twice

Rafael Guerriero came to life as he netted a brace showing impressive energy and technique in the build-up. In between, Guerreiro’s brace, Thorgan Hazard came up with a calm finish to help Dortmund net four past their rivals and resume the Bundesliga with a bang. 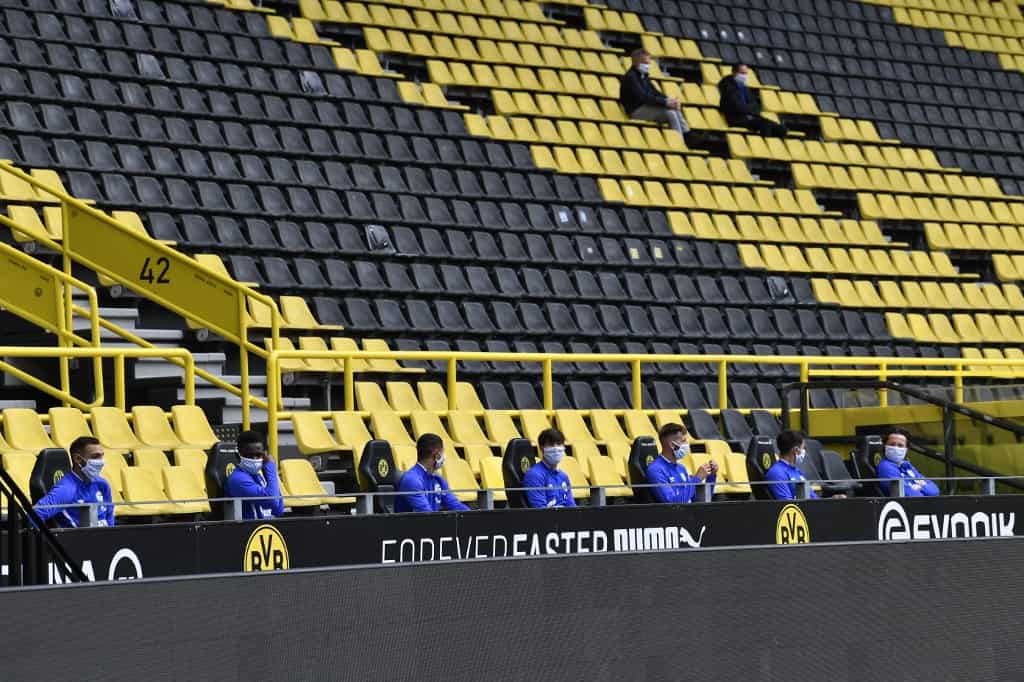 With the win, Dortmund close the gap with leader Bayern Munich by one point as the Black and Yellow moved to 54 points.

In the other matches, Wolfsburg defeated Augsburg 1-2 following an additional time finish by D Ginczek, whereas, Dusseldorf played out a goalless draw against Paderborn. Hertha Berlin walked past Hoffenheim with a 3-0 win while Red Bull Leipzig playing a 1-1 draw with Freiburg.