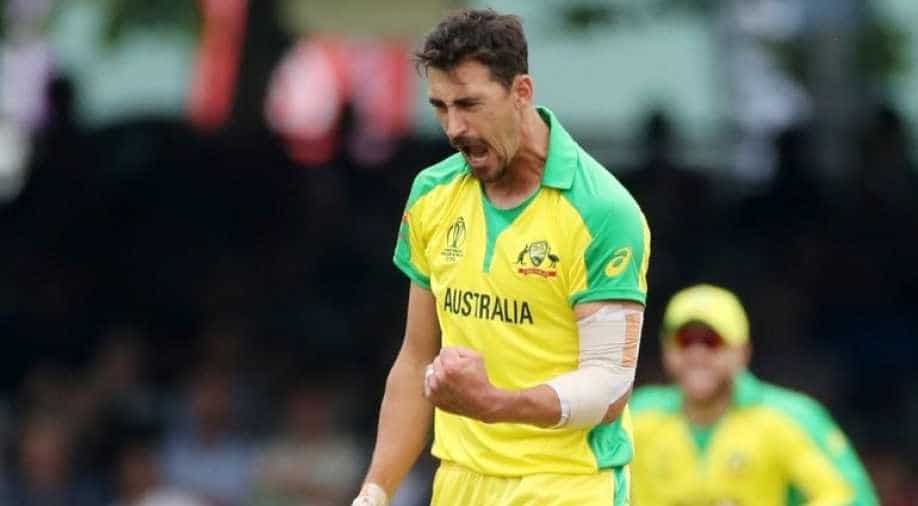 Mitchell Starc remains wary of injuries from bowling too fast but the Australia paceman hopes to push the 160 km per hour mark in the coming home summer after adding five kg to his frame during a long off-season.

Mitchell Starc remains wary of injuries from bowling too fast but the Australia paceman hopes to push the 160 km per hour mark in the coming home summer after adding five kg to his frame during a long off-season.

The left-armer is one of only a handful of bowlers to have recorded a delivery over that mark, sending down a sizzling 160.4 kph yorker during the second test against New Zealand at the WACA in 2015.

Starc broke down early in the next match at Adelaide Oval, the inaugural day-night test match, with a stress fracture.

He also strained a pectoral muscle last year after cranking up the pace against Sri Lanka in Canberra.

However, feeling refreshed and stronger from the long break since COVID-19 put a halt to cricket in March, Starc hopes he might be able to return to top speed.

"It would be nice but at the same time the two occasions I've been up around that (160 kph) mark I've snapped my foot," he said in comments published by Cricket Australia's website.

“Hopefully that’s not the case but when everything is going well, that rhythm is happening and conditions suit, then I can get that speed gun up.

“Perhaps that extra time in the gym and extra time off I might be able to push the limits again.”

Starc’s next international assignment is expected to be a white-ball tour of England slated for September, with India to tour later in the year amid strict biosecurity arrangements.

Starc tweaked his action with the help of New South Wales assistant coach Andre Adams last year and bowled with pace and control to take 29 wickets in five tests against Pakistan and New Zealand in the last home summer.

“I still want to bowl fast and I’m not going to compromise that but I had to find a way that I wasn’t expensive at the same time,” he said.

“I think that little tweak in the action has helped that.”