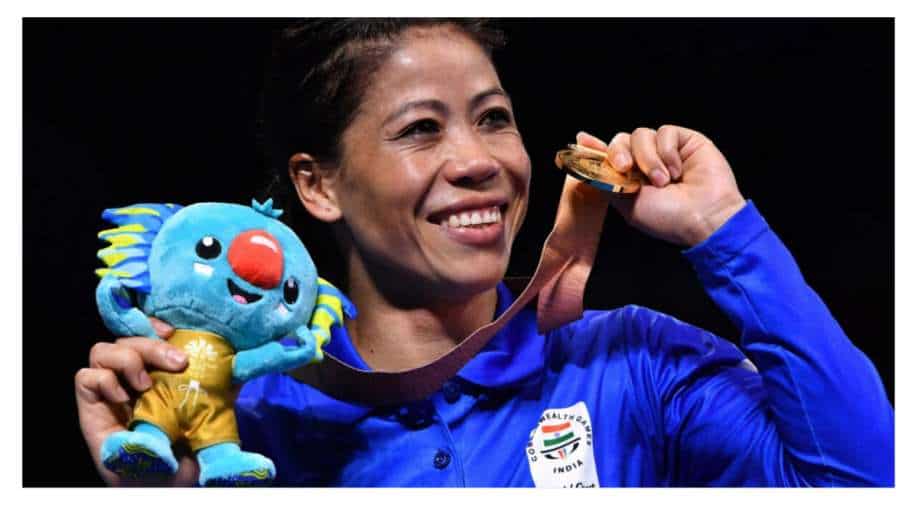 The 39-year-old six-times world champion twisted her left knee at India's Commonwealth Games boxing trials at the weekend, meaning she will miss the Games beginning next month in Birmingham, England.

India's boxing queen Mary Kom will miss this year's Commonwealth Games after limping out of the ring in a trial event, but her coach on Monday said she will "make a comeback". The 39-year-old six-times world champion twisted her left knee at India's Commonwealth Games boxing trials at the weekend, meaning she will miss the Games beginning next month in Birmingham, England.

"She's in a lot of pain. The swelling will take 10-15 days to subside," Kom's long-time coach Chhote Lal Yadav told AFP. "But she still says she will make a comeback."

Yadav said the six-time world champion known as "Magnificent Mary" will need surgery on the knee. "It's heartbreaking. But it is destiny, it's God's will," said Yadav. "The medical advice we have received now is that she needs to undergo surgery. But we are consulting other doctors as well for the best way possible."

Kom, who turns 40 in November, became the country's first woman boxer to win a Commonwealth Games gold medal in 2018. Kom reportedly fell trying to duck a punch in her opening bout and had to be carried from the ring. "I have never had a knee injury before," she was quoted by the Times of India as saying before being taken to hospital.

Kom, from a humble background in the remote northeastern state of Manipur, has won six world championships and five Asian championships in a career stretching more than two decades. She also won an Olympic bronze medal at the 2012 Games in London and Asian Games gold in 2014.