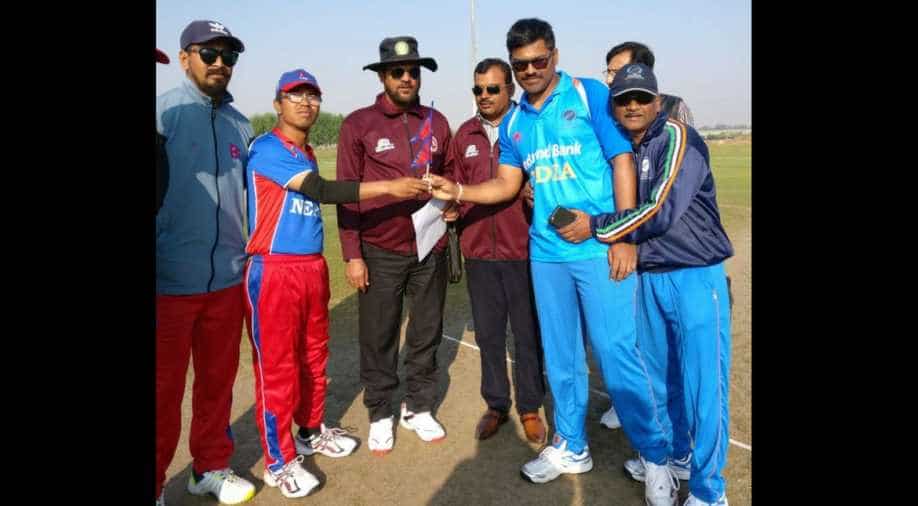 India achieved the target with 8 wickets in hand and 25 overs still remaining to be bowled. Photograph:( Twitter )

With this victory, dominant India has reached the semi-final.

Nepal won the toss and opted to bat first.

Nepal lost its first wicket in the 9th over when batsman Ramesh was caught at 14 runs by Pankaj of Rambir's ball. India took the second wicket as Sunil Rana was caught in front by Prem Kumar for 17.

Immediately, after that Surya Prasad of Nepal was run out by Pankaj for scoring 1 run, followed by another runout as Surajit Ghara catches Sunil Subedi short of the crease for 2.

Jafar Iqbal took the 5th wicket and after that Nepal picked up some pace and improved the run rate and set a total of 156 runs after losing 9 wickets in 37.5 overs as one batsman Padma, got retired hurt.

Collective team effort gives India a comprehensive win.
Nepal 156 all out.
India 160/2 in 15 over.
India win by 8 wickets and top the points table as they make it to the semis.#blindcricketworldcup #TheOtherMenInBlue #thecupisours #INDvsNEP

India achieved the target with 8 wickets in hand and 25 overs still remaining to be bowled.