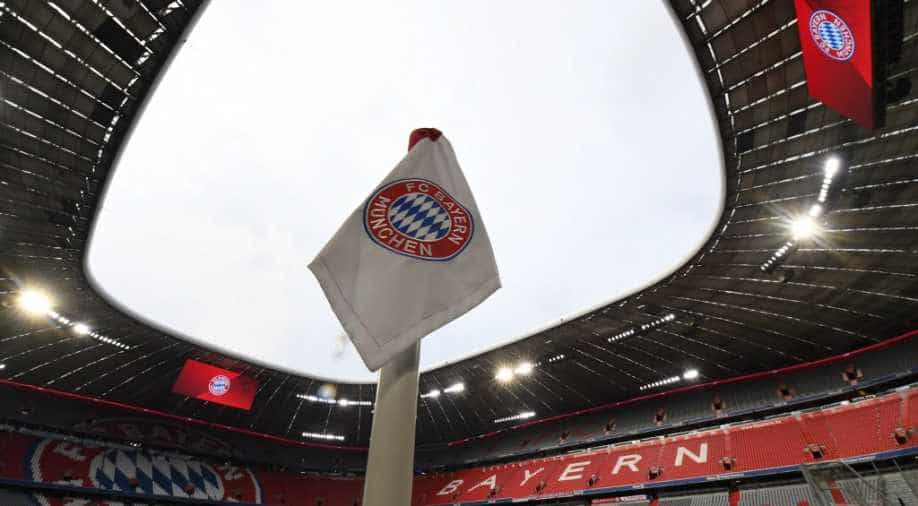 Official: Bundesliga to resume on May 16 Photograph:( AFP )

After a year of games behind closed doors, Bundesliga clubs are contemplating losses of a "billion euros" as players and coaches wonder when Germany's football grounds will be full again in the wake of the Covid-19 crisis.

After a year of games behind closed doors, Bundesliga clubs are contemplating losses of a "billion euros" as players and coaches wonder when Germany's football grounds will be full again in the wake of the Covid-19 crisis.

"They feel like training games at times," Freiburg striker Nils Petersen has said of matches behind closed doors.

Borussia Moenchengladbach's 2-1 win over Cologne on March 11, 2020, was the first ever Bundesliga game played without spectators.

Two days later, all Bundesliga matches stopped as Germany went into lockdown due to the Covid-19 pandemic.

After a two-and-a-half month hiatus, the league resumed in May with the last nine rounds of matches void of fans so the 2019/20 season could be finished.

Since then, the stadiums in Germany's top flight have largely remained empty.

A few thousand supporters were allowed into 33 games in certain grounds for matches at the start of this season, but Germany's second wave of coronavirus put paid to that.

Bundesliga matches have been played behind closed doors since November when Germany went into a second lockdown, which is still in place.

The 36 clubs in Germany's top two leagues are counting the financial cost of lost matchday revenue with their combined turnover plummeting by 300 million euros ($358 million) in 2019/20 compared to the previous season.

"And this is just the beginning," warned Christian Seifert, the CEO of the German Football League (DFL), on Tuesday.

With no end to the current lockdown in sight, Germany's top clubs are forecast to lose a billion euros this season compared to figures before the crisis.

"It's no longer the same job as it was before the pandemic," said Werder's coach Florian Kohfeldt.

"I can't get used to it and I don't want to get used to it," he said of games without fans - dubbed 'Geisterspiele' (ghost games) in German.

"What makes you so enjoy doing your job is totally missing: the emotions in the stadium.

"It's like going to work in a normal job without these extraordinary moments."

Rising stars who made their Bundesliga debuts in the last 12 months, like Dortmund striker Youssoufa Moukoko, 16, and Schalke forward Matthew Hoppe, 19, have never experienced the atmosphere of playing in a packed stadium.

However, German football enjoys the privileged position of being able to continue when the lockdown has forced many business to close.

"You couldn't imagine what this pandemic would do to many people and companies," Augsburg coach Heiko Herrlich told magazine Kicker.

"We are in a privileged position in football because we are allowed to practice our profession. Many others cannot do that."

Champions Bayern Munich have not played in front of fans at the Allianz Arena since March 8, 2020.

The lack of noise from supporters means every word can be heard on the pitch -- and from the opposing bench.

"That's not always nice," says Bayern coach Hansi Flick, who admits sometimes finding it "a very big challenge" not to react to heckling from the opposition's bench.

There has also been an impact on the pitch.

Without home fans cheering their team on, the host club has won only a third of Bundesliga matches over the last year, according to a study by magazine Kicker.

In the preceeding 12 months up to March 2020, just under half of matches were won by the home team.

"Our work has changed", said Kohfeldt.

"Whether you play away or at home, it has neutralised itself to a certain extent."

However, the lack of passionate fans also seems to have calmed players' tempers.

Half as many red cards were dished out over the last year compared to the same period in the preceding 12 months.