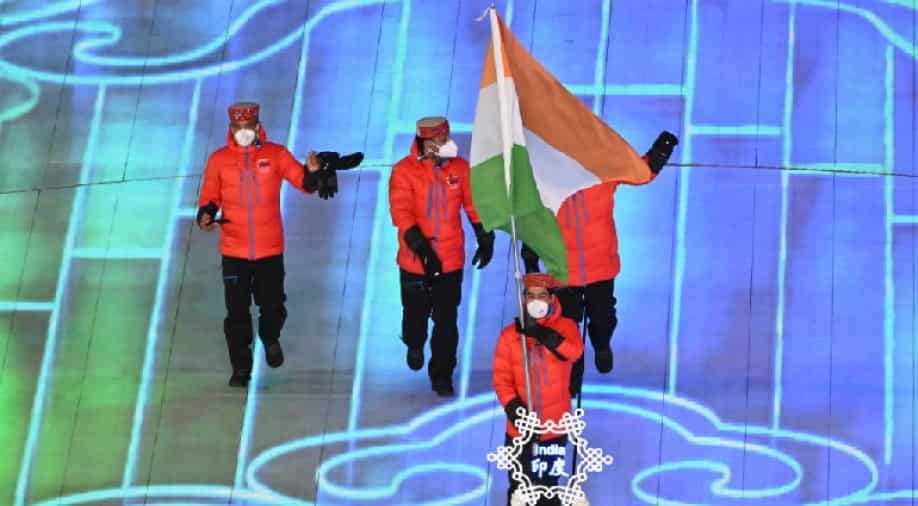 Alpine skier Mohammad Arif Khan, India's only athlete at the Winter Olympics 2022, was the nation's flagbearer at the opening ceremony of the Games on Friday.

Alpine skier Mohammad Arif Khan held the Indian flag as he made his way in the Parade of Nations during the opening ceremony of the Olympic Winter Games Beijing 2022 on Friday here at the National Stadium also known as Bird`s Nest in Beijing.

Mohammad Arif Khan is India`s sole representative in Beijing 2022. India was the 23rd country in the Parade of Nations in Beijing.

This year, for the first time in Winter Olympics history, each nation had two flag bearers - one man and one woman. Indian alpine skier Arif Khan, who hails from Jammu and Kashmir, is the first-ever Indian athlete to directly qualify for two different events at a single edition of the Winter Games.