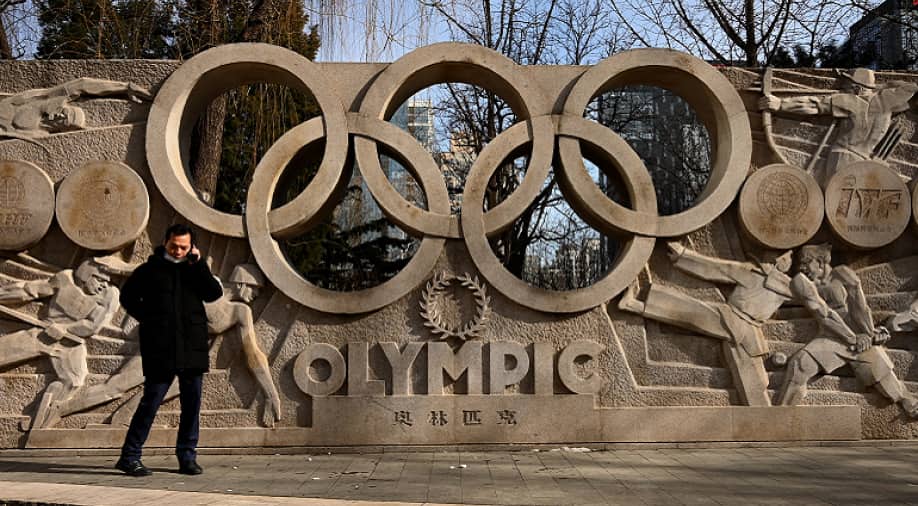 12 COVID-19 cases have been detected among arrivals at Beijing Olympics. Photograph:( AFP )

The Beijing Winter Olympics organising committee has revealed 12 cases of COVID-19 among the arrivals for the Games.

As China is set to host Winter Olympics on Friday next week, the organizing committee for the games informed that 12 cases of COVID-19 have been detected within the past 24 hours among those arriving for the event.

Sputnik News Agency reported that the Beijing Organizing Committee for the 2022 Olympic Winter Games on Friday said that a total of 1,682 people arrived in China for the Games on Thursday including 1,042 athletes and team officials and 640 other stakeholders.

After PCR-testing at the airport, infection was confirmed in 10 of them including two athletes and team members. Two more positive cases were detected among stakeholders who had arrived in Beijing beforehand and were retested, the committee said, according to Sputnik.

On Thursday, the committee said about 15 COVID-19 cases were confirmed in stakeholders who arrived at the Games, but no athlete tested positive. The 2022 Winter Olympic Games in Beijing will be declared open on February 4 and will run until February 20.