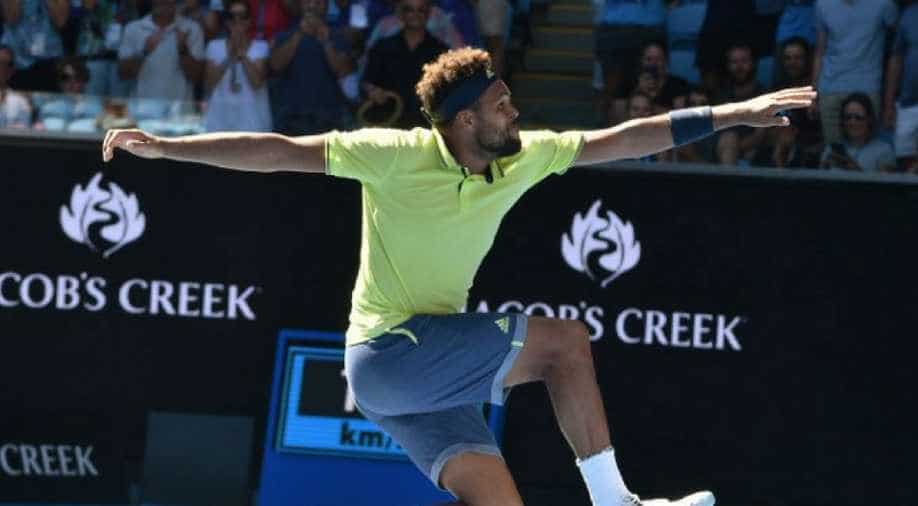 Former winner Jo-Wilfried Tsonga fought back to vanquish rising Canadian star Denis Shapovalov in a five-set thriller at the Australian Open on Wednesday.

The 15th seed looked dead and buried trailing 2-5 in the final set before 18-year-old Shapovalov faltered and the experienced Frenchman seized the initiative.

It ended his three-match losing run in five-setters and reversed his loss to Shapovalov in straight sets in the second round at last year's US Open.

"I'm tired, but really happy," Tsonga said. "I did a big fight today.

"It's not easy against these young guns, they go for everything, but I just continued to fight."

It extended Tsonga's record at the Australian Open to 36-10 after he was runner-up to Novak Djokovic in 2008 final.

Shapovalov quickly jumped out of the blocks, breaking misfiring Tsonga in the fourth game on the way to taking the opening set in 34 minutes.

Tsonga picked up his game and levelled one set all with a service break in the sixth game.

But the Canadian teen hit back, taking the third set with some sensational shot-making, including a running backhand winner on break point and then breaking again in the sixth game.

Tsonga stayed alive and took the match into a fifth set decider in a resolute tiebreaker.

Shapovalov began the final set strongly, breaking Tsonga in the second game and then holding off break points in the following game.

But Tsonga would not yield and broke Shapovalov as he attempted to serve out the match, breaking with a crosscourt backhand.

Shapovalov began to falter as Tsonga stepped up the pressure and broke the young Canadian again in the 11th game to hit the front 6-5. He didn't need a second chance as he served out strongly for the match.