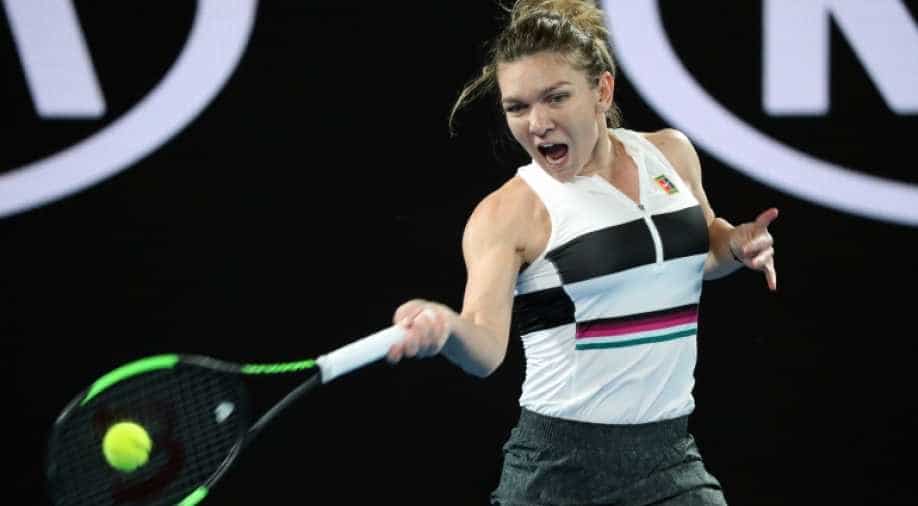 Romania's Simona Halep in action during the match against Sofia Kenin of the US. Photograph:( Reuters )

World number one Simona Halep entered the third round of Australian Open on Thursday after defeating Sofia Kenin at the Rod Laver Arena.

Although she was pushed to the limit by unseeded Sofia Kenin over three sets that lasted for two-and-a-half hours.

Into her 5th #AusOpen 3R, @Simona_Halep thanks the heavens above. pic.twitter.com/a4ErRUNb9g

Halep broke the 20-year-old Kenin twice in the first set but the American fought back in the second set from 3-0 down to level it at 1-1 in the tiebreaker.

Halep then got the crucial break in the third set to go up 5-4 and converted her second match point for the victory in two hours and 31 minutes.

Halep, who was on a five-match losing streak before the Australian Open, set up a third-round meeting against multiple Grand Slam winner Williams, who beat Frenchwoman Alize Cornet 6-3, 4-6, 6-0.