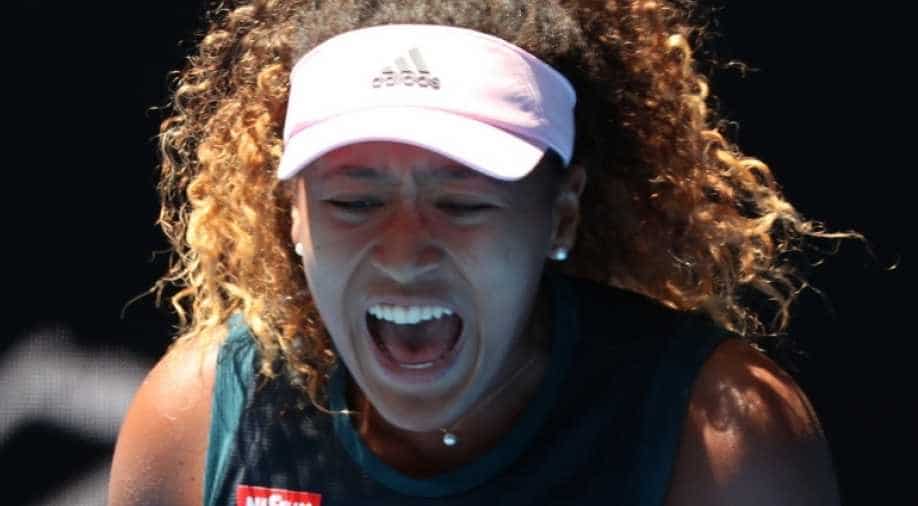 US  Open champion Naomi overhauled the Taiwanese 5-7 6-4 6-1 to reach the fourth round in the ongoing Melbourne tournament on Saturday.

US Open champion Naomi Osaka survived a huge scare against Hsieh Su-wei before overhauling the Taiwanese 5-7 6-4 6-1 to reach the fourth round of the Australian Open on Saturday.

The Japanese fourth seed was staring down the barrel at 4-2 in the second set at Margaret Court Arena, driven to distraction by double-sided Hsieh's angled shots and stout defence.

When Hsieh's serve suddenly crumbled, however, Osaka was quick to pounce and went on to claim 10 of the last 11 games, closing out the match in just under two hours.

"Of course I'm happy with how I fought," Osaka told reporters after booking her second last 16 appearance in Melbourne after last year's run.

"For me, that's, like, one of the biggest things I always thought I could improve, because it sort of seems like before I would accept defeat in a way."

She will play 13th seeded Latvian Anastasija Sevastova for a first quarter-finals berth at Melbourne Park.

Osaka will hope to erase the Hsieh match from mind by then, having been hopelessly outpointed for the best part of two sets by a player whose unorthodox game regularly troubles the Tour's top names.

She was broken three times in the first set and pounded her racket into the court in frustration during the sixth game after falling 0-40 behind.

The 21-year-old saved two set points in the first stanza, with a blazing forehand down the line and an ace, but fell on the third when Hsieh hammered a strong return that Osaka could only parry long.

Furious with herself, Osaka threw her racket in disgust to earn a code violation and promptly dropped serve again to trail 2-0 in the second.

Firing baseline rockets wide and long, Osaka appeared clueless as to how to stop the rot and resorted to drop shots and moon balls to try to throw Hsieh off her game.

None of it worked.

"I tried doing things that I know isn't necessarily my game, like I was trying to hit higher balls," she said. "I don't even practise doing that. So it felt like such a waste.

"Then after a while, I just started thinking that I'm in a Grand Slam. I shouldn't be sad, I'm playing against a really great player, so I should just enjoy my time and try and put all my energy into doing the best that I can on every point."

Hsieh moved calmly to 4-2 before suffering a quick and inexplicable loss of serving power.

At 40-0 and needing only one good serve to reach 5-2, the 33-year-old could barely clear the net and Osaka leaped on the short balls, winning five points in succession to break back.

Hsieh admitted she had frozen with nerves.

"I was doing pretty well until the second set. I became, 'OK, I'm leading, I'm leading'," said Hsieh, wrapping her hands round her throat in a choking gesture.

From there on it was a procession, as Osaka found her range and racked up 41 winners on the way to a galvanising victory.