Australian Open: Caroline Wozniacki through to 2nd round with comfortable win 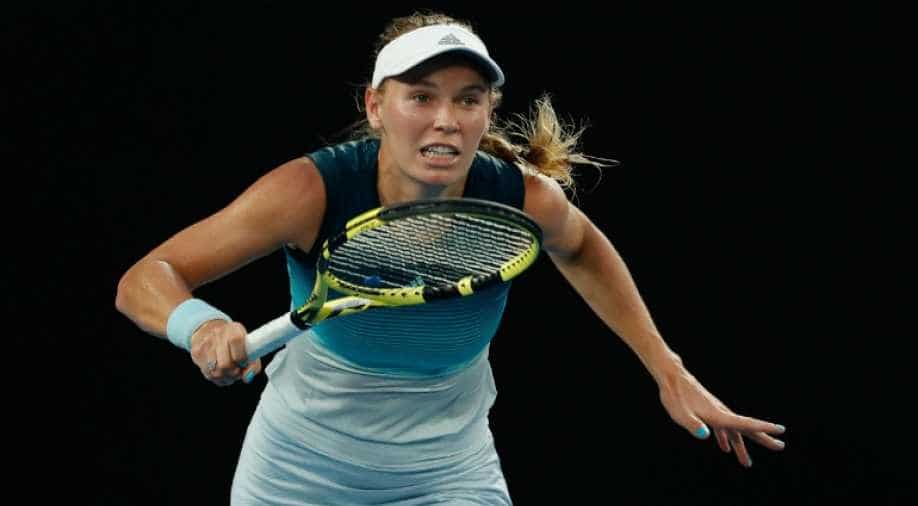 Caroline Wozniacki launched her title defence at the Australian Open with a comfortable 6-3, 6-4 win against Belgian Alison Van Uytvanck.

Caroline Wozniacki launched her title defence at the Australian Open with a comfortable 6-3, 6-4 win against Belgian Alison Van Uytvanck in the first round on Monday.

The third-seeded Dane broke Van Uytvanck once in each set and kept her unforced errors down to win the baseline battle in an hour and 33 minutes in the first match of the evening session at the Rod Laver Arena.

Also Read: Who will win the Australian Open? This is what the DNA says

The 24-year-old Van Uytvanck, ranked 52, troubled Wozniacki with some well-disguised drop shots but did not have enough to register her maiden win at Melbourne Park in her fifth appearance in both singles and doubles.

Wozniacki, who is battling rheumatoid arthritis, sealed the match with a forehand winner on her third match point and will next meet Sweden's Johanna Larsson, who progressed after Vera Lapko of Belarus retired while trailing 7-6(5) 3-0.