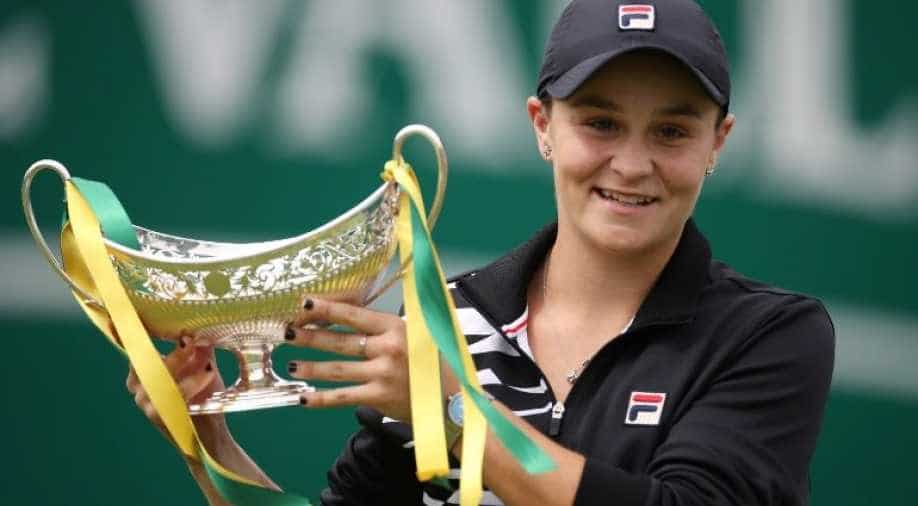 Ashleigh Barty will become the first Australian in 43 years to climb to the top of the WTA singles ranking after she won the Birmingham Classic grasscourt title on Sunday.

The 23-year-old beat Germany's Julia Goerges 6-3, 7-5 in the final, meaning when the new WTA rankings are released on Monday she will knock Japan's Naomi Osaka off the summit.

French Open champion Barty gave up tennis in late 2014 and played Big Bash cricket for Brisbane Heat before returning to the sport in 2016.

The last Australian woman to reach the number one ranking was Evonne Goolagong in 1976 although it only came to light 31 years later after the discovery of an error in the records.