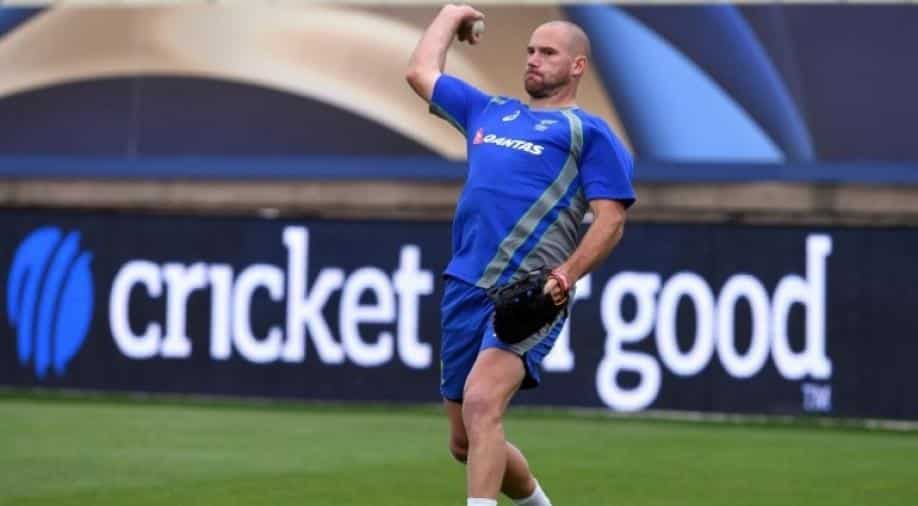 Hastings had retired from ODI and Test cricket last year.

Australian all-rounder John Hastings on Wednesday announced retirement from all forms of cricket due to a lung disease.

Hastings, who had retired from ODI and Test cricket last year, was playing T20 cricket. However, the 33-year-old, who had signed the contract with Sydney Sixers, has now decided to not play the upcoming edition of the Australian T20 league.

"I've gone through an extensive testing process. I suppose the important thing to note is that I'm actually in good health. I've gone through stress tests and bronchoscopes, and angiogram bronchoscopes and all this sort of stuff. It's been quite invasive, and lengthy I guess," Hastings said.

"It's (only) when I bowl. The pressure at the crease, little blood vessels in my lungs burst. That determines that I cough up blood on a regular basis when I'm trying to bowl. It's a really scary thing," he added.

The right-arm medium-fast bowler has 50 wickets to his name from 39 international matches. Batting down the order, the bowling all-rounder has made 369 international runs in 29 ODIs, nine T20Is and one Test match combined.