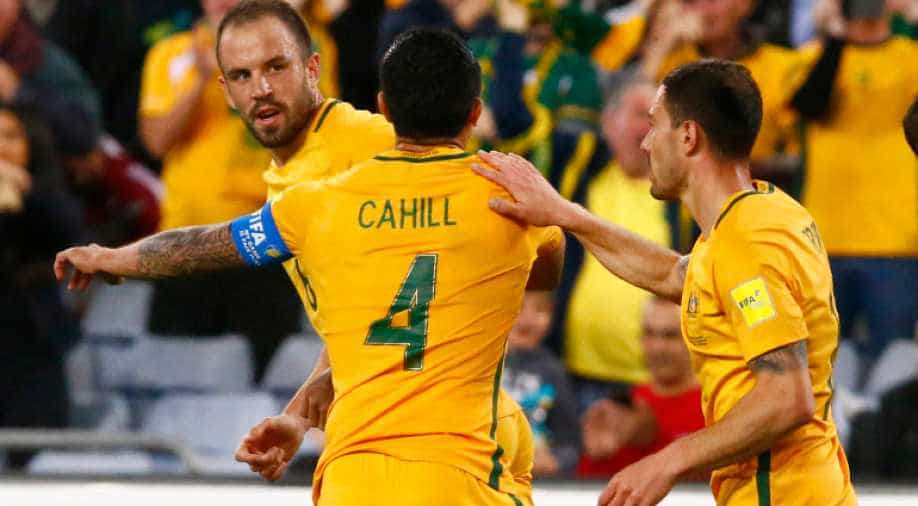 Tim Cahill scored twice, including the extra-time winner, as Australia kept their World Cup hopes alive with a 2-1 victory over Syria in the second leg of the Asian playoff on Tuesday (October 10).

The 3-2 aggregate victory sends the Socceroos into an intercontinental playoff in November against the fourth-placed team in North and Central America and Caribbean (CONCACAF) qualifying with a World Cup spot on the line.

Cahill scored Australia's opener with a trademark header in the 13th minute but it was not until 96 minutes later that he kept alive his country's hopes of a fourth successive appearance at the World Cup finals with his 50th international goal.

Syria, who had to play all their "home" qualifiers in Malaysia because of the security situation in their war-torn nation, fought until the very end of the match but ultimately came up short in their bid for a maiden World Cup spot.