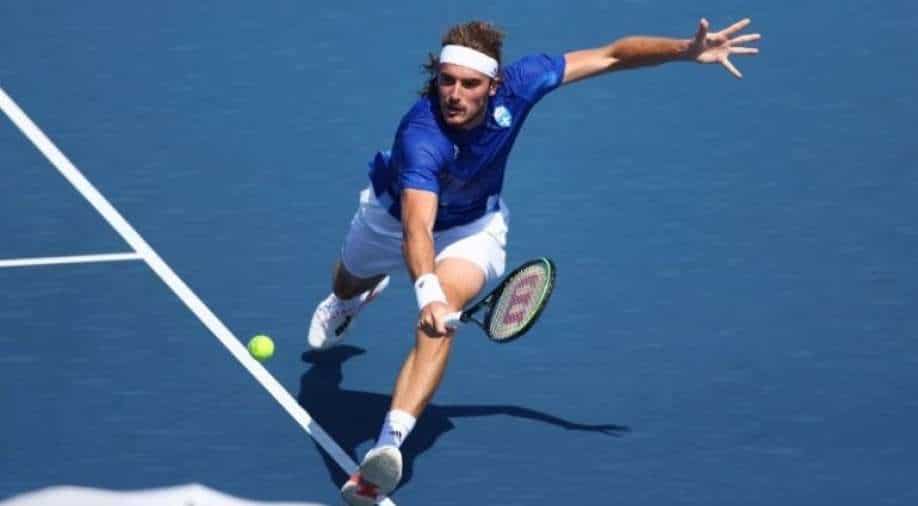 Tsitsipas said he considered himself one of the best on hardcourts with nine-time Australian Open winner and world number one Novak Djokovic deported from the country over his COVID-19 vaccination status and no longer in the mix.

Greek world number four Stefanos Tsitsipas put on a clinical show against familiar opponent Mikael Ymer of Sweden during a 6-2 6-4 6-3 victory in the opening round of his Australian Open campaign on Tuesday.

Tsitsipas said he considered himself one of the best on hardcourts with nine-time Australian Open winner and world number one Novak Djokovic deported from the country over his COVID-19 vaccination status and no longer in the mix.

"I have a great net game, and most of the players don`t have the ability to come to the net the way I do and to cover the court and win a lot of points with volleys," the Greek told reporters.

"They simply don`t have it. It`s something that is in my advantage, and I have been working my entire lifetime to perfect that. Perhaps other things they might have better than me, but in this department, I think I`m in favour."

Tsitsipas came into his first-round match with a 2-0 head-to-head Tour lead against the 86th-ranked Ymer, riding high on confidence having dropped just six games in their previous meeting in the third round at Melbourne Park last year.

Tsitsipas broke his fellow 23-year-old, someone he has grown up playing on the junior circuit, seven times and hit 30 winners to seal the contest in two hours and 10 minutes in the final match of the second day at Rod Laver Arena.

The Greek was, however, not happy with the 38 unforced errors he committed in the match.

"There were a lot of rallies, a lot of ball exchanges, he gave me a hard time, he was going after every single ball and stayed in the match for as long as he could," Tsitsipas said in his on-court interview.

"I will be trying to decrease the amount of unforced errors, I think I had a few more than I usually have. I`ll be trying to keep the consistency and trying to attack a bit more, be a bit more daring in certain moments."

The French Open finalist also showed no signs of discomfort from a right elbow issue that forced him to miss a number of matches at the end of last season and also did not allow him to play at full tilt at the start of 2022.

Ymer showed glimpses of his talent and had his chances but could only convert two of his 11 breakpoint opportunities. The frustration ultimately got to the Swede as he kept punching his towel-clad head repeatedly during a changeover.

The Greek will next meet Argentina`s 21-year-old Sebastian Baez, ranked 88th, for a place in the third round.