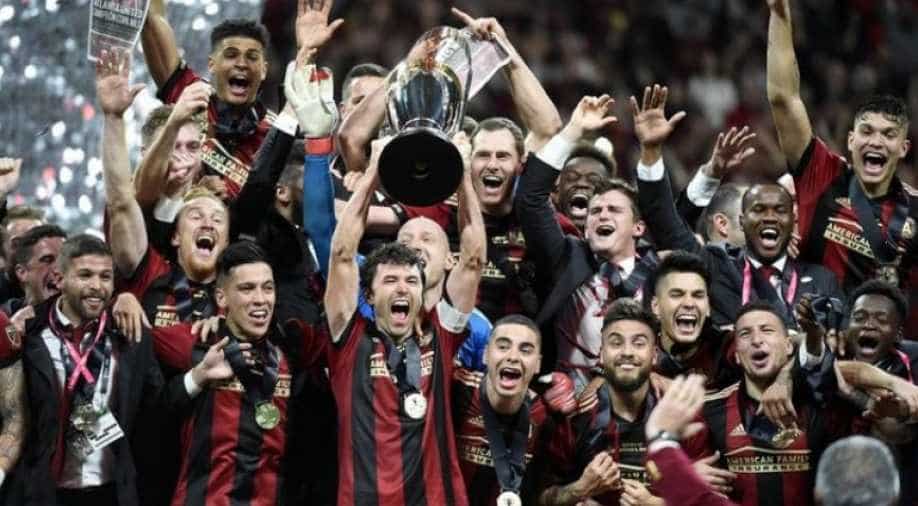 Atlanta capped off a spectacular rise by taking the final step in front of 73,000-plus festive fans at Mercedes-Benz Stadium.

In just their second year in the league, Atlanta capped off a spectacular rise by taking the final step in front of 73,000-plus festive fans at Mercedes-Benz Stadium.

Their starting 11 included five South Americans, not least 2018 MLS most valuable player (MVP) Josef Martinez, who opened the scoring in the 39th minute with his 35th goal of the season.

The prolific Venezuela striker received the ball unexpectedly on the edge of the box when defender Michael Parkhurst disposed Portland's Jeremy Ebobisse with a perfectly-timed tackle.

Martinez rounded goalie Jeff Attinella and calmly slotted home to settle the nerves of the crowd, the largest in league history for a non-double-header.

When a free kick was swung into the penalty area, he rose to send a glancing header to full back Franco Escobar, who ghosted in at the far post to score from point-blank range.

Martinez was substituted to a raucous reception in the 75th minute, and was later named the game's MVP.

The victory provided a perfect send-off for Atlanta coach Gerardo 'Tata' Martino, who is leaving to take charge, according to multiple media reports, of the Mexico national team.

Goalie Brad Guzan spoke of the significance of the title in a city that has only ever celebrated one championship in any of the four major team sports leagues -- baseball's Atlanta Braves in 1995.

"First and foremost it's huge for the city. These fans have been behind us since day one," Guzan told Fox Sports.

"For me personally, this is up there with the top moments. You never know if you're going to have this opportunity again."

Guzan said the team had expected Portland to sit deep.

"We knew at times we were going to have a lot of possession. It was a matter of finding the first goal and opening them up.

"As they say, goals change games. That made them change their game plan," added the 34-year-old who had been little more than a spectator until that first goal.

He was finally called into action in the 43rd minute when he sharply saved a header from Ebobisse, who from just six yards out squandered a golden chance at redemption.

But the Timbers otherwise created precious little, unable to add to their 2015 championship.