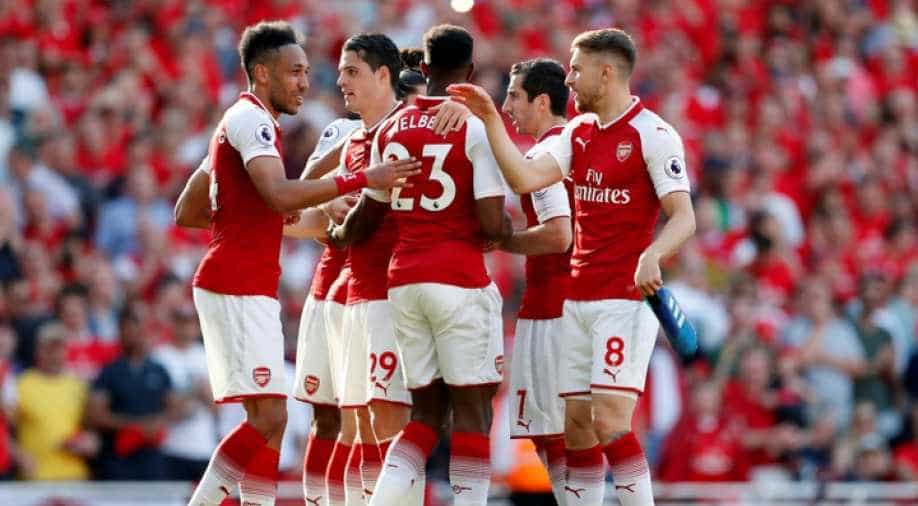 Arsenal thrashed Burnley 5-0 at the Emirates on Sunday to pay their manager Arsene&nbspWenger&nbspthe kind of tribute he would have wanted in his final home game after 22 years in charge.

Arsenal put their midweek exit from the Europa League - and any hope of Champions League football next season - behind them with a pair of goals from Gabon striker Pierre-Emerick Aubameyang and strikes from Sead Kolasinac, Alexandre Lacazette and Alex Iwobi.

Wenger&nbspwas given a guard of honour from both teams and the match officials before kickoff, and received roars of support throughout the match from the home fans, most of whom had donned their complementary red "Merci Arsene" T-shirts.

Burnley, who narrowly avoided relegation last season but are now preparing themselves for their first season of European football since 1967, had been hoping to pull level on points with Arsenal.

Instead, the result means the Gunners will finish the season in sixth place, with Burnley one place behind them in seventh.